You are here: Home / Off Road / Do You Need A License To Drive A Dirt Bike? 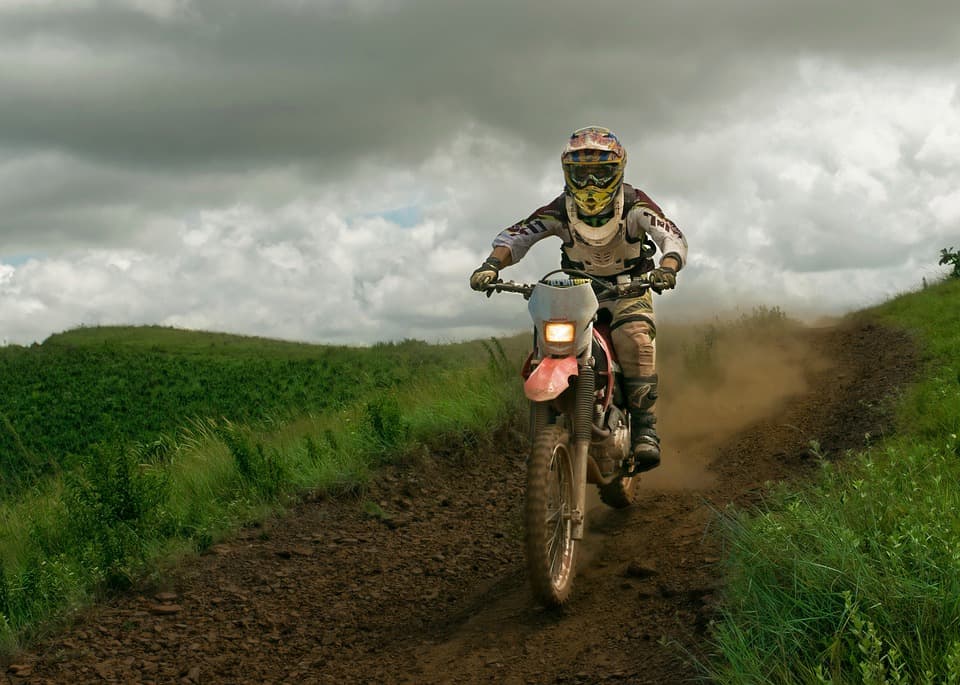 If you are thinking about purchasing a dirt bike, then you are probably wondering whether you will need to get a driver’s license for it.

But do you need a license to drive a dirt bike to begin with?

Well, this depends on a lot of things. Let’s have a look at what you need to be mindful of in your area.

Do You Need a License to Ride or Drive a Dirt Bike?

Whether you will be able to operate a dirt bike without a driver’s license in your state depends, first of all, on where you intend to operate it.

If you will be using your bike off the road, then an operator’s license or insurance is not required in nearly all states. However, there may be age restrictions imposed on dirt bike operation – minors may not be allowed to ride a dirt bike without the supervision of an adult, for example.

Some states may also require a rider training certificate for operating a dirt bike off-road, as well as equipment like silencers/mufflers.

Laws for registration and titling of dirt bikes may differ as well. In some states, e.g. California, you need to register off-highway vehicles (OHVs, including but not limited to dirt bikes) if they will be operated on open and publicly accessible recreational areas (whether private or not).

This is just an example of what kind of registration requirements there may be in your state, so be sure to check local codes.

In some other states, you may not need to register or/and title your dirt bike if you will be riding it off the road.

All of the above applies to the operation of a dirt bike off the road. However, when it comes to driving a dirt bike down the street, you will need a license in all states. Not only that, but your dirt bike needs to be street-legal to even be allowed on the street.

Is Your Dirt Bike Street-Legal?

Because there are minimum requirements for bike accessories and equipment. Most dirt bikes out there aren’t designed to be operated on the street, so they mostly do not come with the hardware that’s mandatory on motorcycles.

With that being said, there are some dirt bike types that are usually street-legal. For example, enduro bikes are often made street-legal since enduro courses may include public roads. The same applies to rally raid or trail bikes which are very similar to enduro bikes.

Below, we will give you a brief overview of the hardware that you most likely will be required on your dirt bike for legal operation on public roads. No matter whether local code requires additional equipment or not, we do recommend that you install the items listed below to make your life easier and safer.

First of all, you will most likely be required to equip your dirt bike with a headlight and taillight. These are pretty crucial since they make you visible to others, and the headlight allows you to orient yourself in low-light conditions.

Keep in mind that some states may limit the number of headlamps installed on a motorcycle. Mostly, you are required to install at least 1 but not more than 2 headlamps.

As for taillights, you will probably need to mount a functional brake light to the back of your dirt bike. Aside from that, some states may require you to have separate tail lamps and rear stop lamps.

In addition to taillights, some states require you to install at least 1 red reflector. In some states, you may be required to have at least 2 reflectors. States may also put forth additional regulations on reflectors – for example, Louisiana requires reflectors to be visible for at least 100 feet.

Brake requirements may vary significantly from state to state. For example, in Connecticut, motorcycles must have at least 1 brake, and motorcycles manufactured after 1973 must have brakes on both wheels.

Your local laws may vary significantly from what we’ve described above. Make sure to consult your state laws to find out relevant information.

Turn signals aren’t mandatory in all states, so you may not need to equip your bike with them. However, we do suggest that you mount turn signals on your dirt bike. Turn signals will allow you to let other drivers know about your intentions. Without turn signals, you will have to rely on inconvenient hand signals.

You will probably need to equip your dirt bike with at least one mirror. In some states, you may be required to mount two. With that said, we think that you should spend a little more money and buy yourself a pair of mirrors even if it isn’t required by law in your area.

All states require a horn, but some states allow non-electric horns, whereas others require you to install a fully-electric horn. You may want to opt for an electric horn anyway since it’s more convenient to operate.

There are three things to consider with exhausts:

Depending on where you are, you may need to switch to a street-legal exhaust. California is especially strict about this. Again, consult your local DOT or DMV to find relevant codes.

Dirt bike tires aren’t durable enough for highway use, so you will most likely be required to switch your tires to DOT-approved tires. Even if not required, we still recommend that you do switch to road tires – otherwise, your tires will fall apart pretty soon, maybe while you are riding.

You will need a license plate holder in all states. Not only that, but there may be regulations on the illumination of the license plate installed on a holder. Do make sure to install a plate holder with integrated lights or add an LED strip to the holder to ensure that the plate is visible.

The handlebar height is also regulated in some states. For example, in Arizona, the handlebars are required to be at or below the shoulder level of the operator. In Alabama, the handlebars must be higher than the seat by no more than 15 inches.

If your handlebar height doesn’t comply with local regulations, then you will have to either adjust it to a lower level (if your dirt bike does allow that) or install a compliant handlebar.

How Do You Get A License for A Dirt Bike?

Legally speaking, there are no specific regulations for dirt bikes in the US. Most states will put a distinction only between mopeds and motorcycles. For example, in Texas, mopeds are defined as two-wheeled vehicles that have a displacement of no more than 50cc. Anything else is considered a motorcycle.

What this means is that you will probably need to follow local procedures outlined for motorcycles.

In some states, motorcycles require a separate class of a driver’s license. In others, you will need to have a permit, or you may be required to have both a driver’s license and a permit. It’s difficult to give directions here since regulations may differ significantly from state to state.

To find out what you need to do, answer the following question – do you want to ride your dirt bike on the streets or only off-road? The answer to this question will determine what you will need to do.

With off-road biking, you may not even need to do anything. But to ride your dirt bike on the streets, you will need a driver’s license or permit in all states, not to mention that you may need to install some additional hardware to make your dirt bike street legal.

In the end, consult your local regulations to find out what exactly you need to do to use your dirt bike in the desired area.

Is Atv Insurance Required?
Where To Buy Cheap ATV Tires?
Is A Dirt Bike An Atv?
Are Tao Tao Atv Good?