You are here: Home / Off Road / Are Dirt Bike Shift Levers Universal? 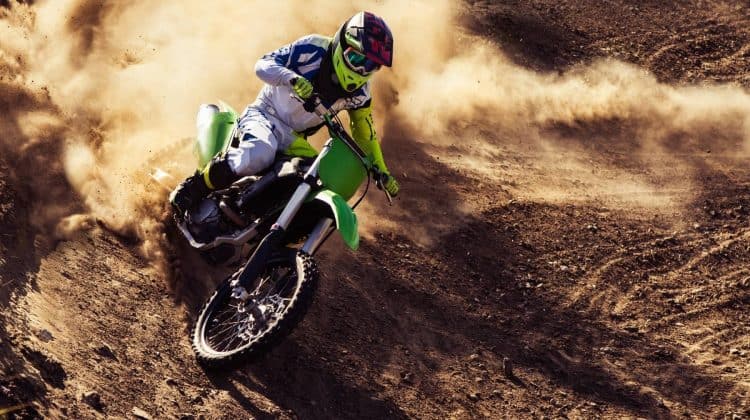 If you are into the adventurous sport of dirt biking, you must be aware of dirt bike shift levers. Dirt biking is a recreational sport gaining more coverage day by day. Hence, for those of you who are still under the rock, it’s time to engage in the sport and have fun.

If you are unaware of what a shift lever is, let me help you out. A shift lever is the motorcycle analog of the gear stick that you have in your cars. Moreover, it is one of the most vital components of a dirt bike as it gives the rider complete control of the bike.

But the question of the hour is, are dirt bike shift levers universal? Can we use some other bike’s lever on my bike? Will it cause any damage to my bike? I have prepared a brief yet all-inclusive account to answer all these questions and more!

So, without further ado, let’s get straight into it.

The answer to this question is not as straightforward as it appears. There are hundreds of dirt bike models releasing every year. And with people developing a better taste for the sport, experts expect the statistics to further rise.

Therefore, with the increasing number of models, it is difficult to label one gear shift lever as universal. As dirt bikes come in all shapes and sizes, their spare parts are bound to be different. However, this doesn’t mean that we have to purchase a new shift lever for every single dirt bike.

If you own a dirt bike, I’m sure that you know how the gear shift lever works. If so, then you can quickly figure out a replacement. The most significant factor in the universality of bike shift levers is the type of bike.

Dirt bikes are classified based on their engine powers. Therefore, we can interchange the spare parts of the bikes that are somewhat similar in size. For instance, we can install a gear shift lever of a 50cc Yamaha on a 50cc Honda.

However, things could head south if we tried to install a shift lever meant for a 150cc bike on a 50cc motorcycle. I hope you get the idea. Furthermore, the shift levers are most likely universal when it comes to the same brand’s dirt bikes.

With that sorted, let’s discover more about the working of a shift lever.

What Does a Shift Lever Do?

As I mentioned earlier, a dirt bike shift lever is the motorcycle analog of a car’s gear stick. It enables the rider to switch gears, ultimately allowing him to change his speed, stability, and endurance.

Moreover, there are two divisions of a shift lever, right and left. The former works to downshift the chain onto a smaller gear. Downshifting makes it harder for the engine to work, increasing the revs per minute.

Contrary to the former, the latter is responsible for upshifting. It transfers the chain to a larger gear, making the engine’s work easier. Hence, the revs per minute decrease during downshifting. All of this regulates the dirt bike’s agility and efficiency.

Besides, if you are unsure about the best trail bikes, their top speeds, and how to control them effectively, head over to Ultimate Guide of Trail Dirt Bikes and enlighten yourself.

Progressively, if you like to do your repairs yourself, you must be thinking if you could replace the shift lever all by yourself. In that regard, let me put some light on the matter.

Can I Manually Change My Dirt Bike Shift Lever?

If you have a fundamental know-how of your bike’s construction, I believe replacing a gear shift lever won’t be a problem. A standard toolkit, a decent knowledge of your bike’s mechanics, and some tutorials comprise the trifecta you need for replacing your shift lever.

Furthermore, there are loads of videos on the internet on the subject which you can easily access. Learn the basic mechanics and imply them to your motorcycle. However, things aren’t as straightforward if you have no clue about mechanics.

If you cannot differentiate between Pit Bikes vs. Dirt Bikes, I’m afraid you are a newbie. In that case, I don’t recommend you trying to open your bike as it would be impossible to put it back together. Therefore, take your dirt bike to the workshop and have the experts do their job.

The specialists will utilize their expertise and suggest to you the types and brands of shift levers that would best suit your bike. Speaking of which, let’s look at the three most functional designs.

Technological advancements have penetrated every inch of the world. It has altered the designs of many parts and made them more efficient. Similarly, the shift levers we use now are way more developed and functional than those available a decade back.

Engineers used cutting edge technology and made the designs perfect for every different model. Here are three of the most effective types of gear shift levers for your dirt bike:

The forged design is extra sturdy for facing all the challenges the rugged terrain throws at it. This class of shift levers is perfect for dirt bikes that will work continuously over long periods. Therefore, it is optimum for heavy-duty bikes, like the 150cc ones.

A folding shift lever is a recent innovation. Engineers crafted it to be compact yet efficient at the same time. It allows smooth and quick gear shifting. Hence, it best suits snug bikes, like the 50cc ones.

Billet shift levers appear the most unique out of all three. That is because they have holes in their design.

Not only do the holes make it lighter and more efficient, but they also contribute to the overall effectiveness of the bike.

Hence, I recommend billet shift levers for dirt bikes that need to up their speed game.

Besides, I also suggest selecting the ideal brands along with the types of shift levers.

In that regard, look below at the top three brands selling shift levers for dirt bikes.

Whether you want to buy a forged lever or a folding one, I urge you to buy them from the top brands.

Many cheap brands are offering low-quality equipment. But I believe when it comes to a part as pivotal as a shift lever, we cannot compromise on quality.

Therefore, enlisted below are the most popular brands where you can buy shift levers for your dirt bikes.

Hammerhead is one of the most trusted brands for dirt bike parts worldwide. It has state-of-the-art manufacturing facilities that make high-end parts that last long.

The engineers at IMS continually make prototypes and run tests to formulate the most efficient products. IMS made shift levers are quite popular in the United States as they have a longer life than other brands.

Tusk specializes in producing all types of shift levers for dirt bikes, from folding levers to forged ones. They use premium material to ensure that their products’ quality remains top-notch.

Additionally, if you are using a high-end dirt bike like Yamaha or Honda, I recommend visiting their official workshops for any repair work. As the bikes are expensive, you want only the experts to lay hands on them and fit high-quality parts to maintain their durability.

Dirt biking is an adventurous sport that puts a lot of stress on your ride. Hence, it is crucial to keep a close eye on your bikes’ parts and only use the best ones.

Similarly, if you are looking to get into the sport, start by choosing the best dirt bikes.

It is debatable if we should use one bike’s shift levers on the other. But, I can assure you that you will get by without any hassle as long as you keep the models and the sizes in mind.

However, this doesn’t mean that I am saying that a different lever will work as good as the original. Understandably, no part works like the original.

Therefore, I suggest you prioritize getting the original replacement instead of using hacks. However, we can improvise smartly in case of any emergency.

How Much Does It Cost To Register An Atv?
Who Makes Kymco Maxxer 450i ATV?
Do Atv Dealers Negotiate?
Best Chinese Four Wheeler Brands