You are here: Home / Off Road / How Fast Can a Dirt Bike Go? 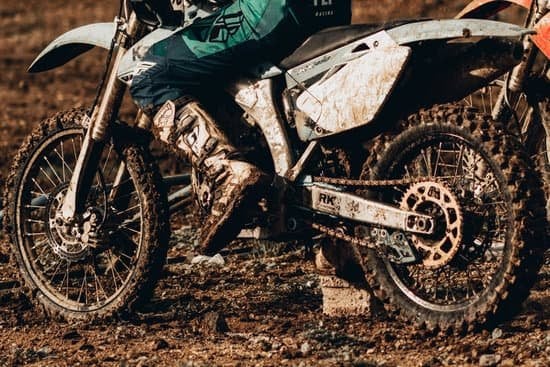 How fast can a dirt bike go? These tough machines can reach speeds of over 100 miles per hour, which is more than enough to transport the rider anywhere in a timely manner.

For those who are looking for a much more thrilling ride, it can be hard to find what you’re searching for. It doesn’t matter if your bike is meant solely on the pavement or just off of an unpaved road–you need something that will wow and amaze you before anything else does! Luckily, there’s plenty out there waiting to give up its secrets in order to make any excursion memorable.

Need to get dirty? These are the dirt bikes that can go over 100 mph. Whether you want a sport bike, motocross bike, or off-road motorcycle there is something for everyone on this list of 12 fastest dirt bikes in the world!

A 4-stroke 450cc dirt bike’s top speed is about 87 miles per hour. The maximum speed is determined by the bike’s modifications, the rider’s weight, the engine stroke, and a few other factors such as terrain.

Dirt bikes were built to be used on dirt, rocks, mud, and sand, not on a paved path. Two-stroke engines are a lot easier to work with. When compared to a four-stroke engine, they generate less waste. They’re built more efficiently, requiring thirty to fifty percent fewer moving parts to assemble.

Two-stroke engines need more maintenance, but parts are less expensive. Four-stroke engines “fire” every two crankshaft revolutions, resulting in a more consistent and manageable power output. The top speeds you can achieve on your bike will be affected by road conditions and the type of terrain you’re riding on.

Get yourself a pair of off-road knobble tires with studs or screws, and watch your friends’ faces light up as you completely destroy them in slippery, wintery weather. You may be surprised to learn that you can ride your bike on ice. You certainly will.

Racing techniques will assist you in making your bike quicker in this situation. One horsepower is sacrificed or gained for every seven pounds added or subtracted. 450cc dirt bikes have the highest average speed of all dirt bikes, so if you want to go fast, this is the bike for you.

If you don’t know what you’re doing, no amount of weight loss can benefit you unless you’ve been training. The higher the limit for your speed potential is, the more powerful the engine.

There are many ways to lighten your dirt bike without jeopardizing its structural integrity. Lighter titanium pieces may be used to replace nuts, bolts, and screws. If you’re trying to save a few ounces by removing nuts and bolts on your bike, a trip to the bathroom before the race would make a much bigger difference than replacing those screws.

Is a full tank of gas really necessary? Are you going to run out of gas before you reach the finish line if you don’t fill up your bike’s gas tank?

Titanium exhausts are lighter than aluminum exhausts because they aren’t made the same way. Plastics aid in the form of your bike’s reduction of air resistance, which happens at high speeds.

You’ll want to use a smaller front sprocket or a larger rear sprocket if you want better acceleration. To improve traction and tire rotation, gearing means modifying the bikes for a particular set of circumstances or terrain.

Upgrading yourself, rather than the bikes, is sometimes the simplest and most cost-effective way to enhance your dirt biking experience. Like they say, practice makes great, so get out there and hone your dirt bike skills. Examine youtube videos, take classes, and seek advice from someone you trust.

The 250cc dirt bike has a high performance and powerful acceleration. A 250cc dirtbike can reach a top speed of 55 to 70 mph, depending on the engine model.

The obstacles placed on each motocross track will decide your riding speed. The pace can vary depending on how smooth and what kind of dirt is on the ground, whether it is a natural track in the mountains or an artificially built track on a field or in your backyard.

Obstacles and Jumps A motocross track layout with jumps and whoops is more fun and demanding. Make the jumps long and wide so that the riders aren’t thrown off. As opposed to 4 stroke dirt bikes, 2 stroke dirt bikes are lighter and less expensive.

The majority of riders will tell you that the faster you go, the better. Get yourself a 250cc dirt bike if you want to travel at a fast pace while remaining clean.

Is 2 stroke or 4 stroke faster?

Two-stroke engines need more maintenance, but parts are less expensive. They have a more compact design, requiring thirty to fifty percent fewer moving parts to install and maintain than a four-stroke engine. They use half the strokes to achieve the same result, but they make twice as much noise.

Two-stroke engines have fewer components than their four-stroke counterparts, which are unquestionably more complex. Two-stroke motorcycles also have a tendency to “smoke” during startup and use more power. Less material means less money, and two-stroke dirt bikes are easier to maintain.

Are Tracker Atvs Good?
Do Atvs Have Seat Belts?
Will a Dirt Bike Fit in a Short Bed?
UTV or ATV for a Farm? Which Is Best