You are here: Home / Skiing & Snowboarding / Can You Get Fined For Ski Speeding? 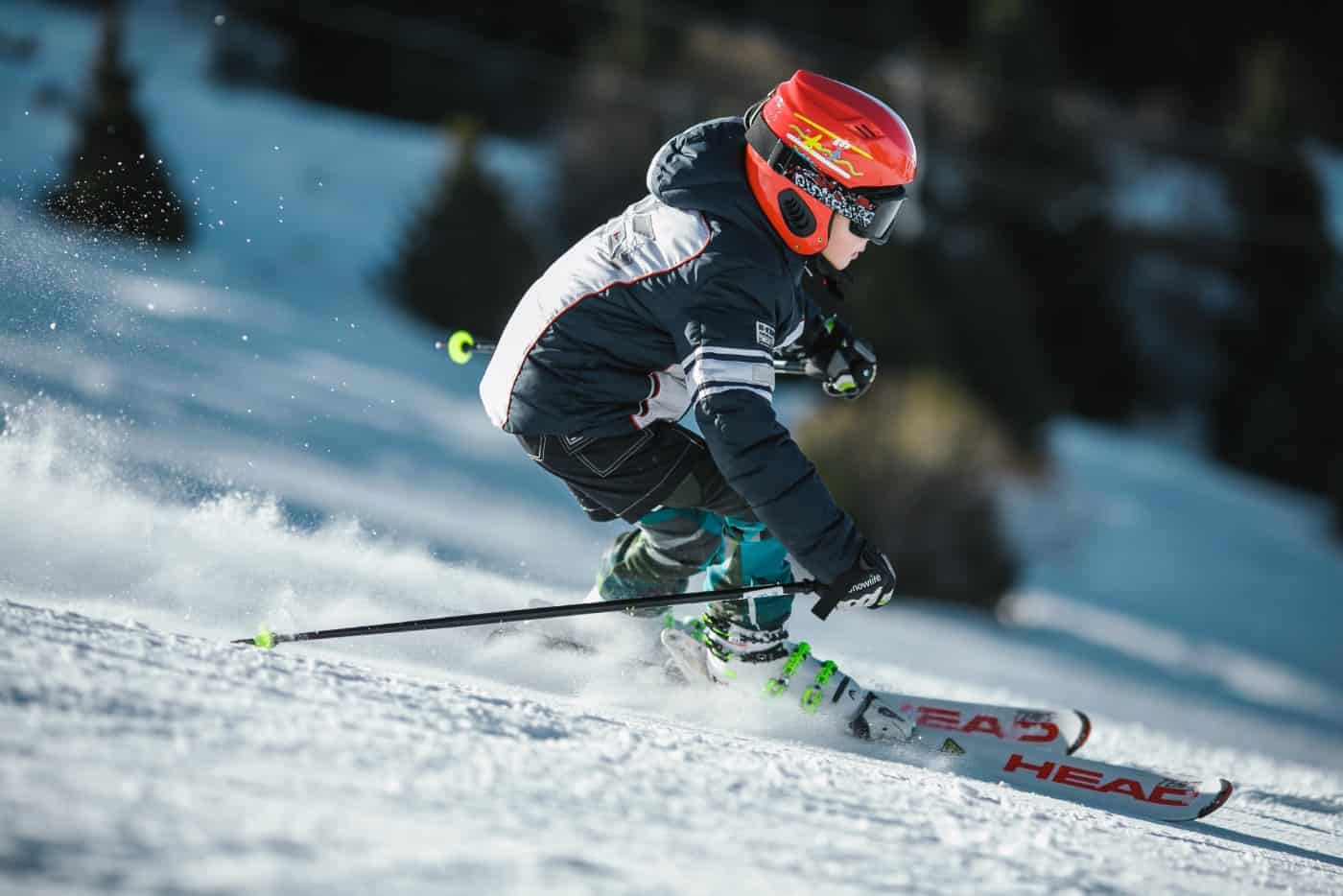 The key component of skiing is speed and the sensation of going downhill that pumps adrenaline into your blood. In many places, you don’t really have to think how fast you go, while in others, certain limits on speed may be imposed.

With that being said, some skiers may start wondering whether you can get fined for ski speeding. Well, let’s find out!

Can You Get Fined for Ski Speeding?

The short answer is yes, you can get fined for ski speeding, but whether you will actually be fined will depend on the ski resort and local laws. Some ski resorts do have fines for exceeding the speed limit set throughout the entire resort or only certain areas. Not only that but in some areas, speeding may even be punished by jail time.

Again, this all will depend on the state or country you are in, as well as the rules of the ski resort. To avoid any kind of unpleasant surprises, do make sure to find out whether there are any penalties for ski speeding at the desired resort.

Why Do Some Ski Resorts Have Speeding Penalties?

If some ski resort has some rules regarding speeding, then it probably means that they have had accidents in the past.

Speed limits and penalties for exceeding those limits are a way for resorts to motivate skiers to stay slow so that the resort could avoid any legal complications that could arise from injuries or even fatal incidents caused by speeding. Not to mention the negative effects any accident is going to have on a resort’s reputation.

With that being said, speed limits aren’t necessarily going to apply to the entire resort. Usually, they only apply to certain areas – for example, training areas with lots of kids and beginners. It’s only natural that speed limits be put forward there. Resorts may also put speed limits on certain dangerous areas as well.

What’s The Punishment for Ski Speeding?

Since it’s up to ski resorts to define any speeding penalties, what kind of penalties you may actually face will depend on the location. If you are caught speeding, you may:

At resorts where speed limits aren’t enforced by penalties, you will occasionally be warned to slow down. In some places though, the penalties can be harsh.

According to a couple of years old post we’ve dug up from sports forums, skiers exceeding speed limits in Utah could face serious fines and jail time. According to the post, reckless behavior of some skiers has caused 10% of all collisions in Deer Valley and Park City. It also appears that reckless skiing has been considered a class B misdemeanor, which appears not to have changed over the years.

Ski patrollers were to be dispatched to monitor the slopes. Upon spotting reckless skiing or speeding, the reporters were to have the authority call the police, and the offenders could face legal issues. Reckless skiing back in the times was to be punished by a $1,000 fine and a 6-month jail sentence.

We weren’t able to confirm whether these regulations have been put to force and if they are still there, so you should check with your ski resort if you are in Utah. Make sure to find out about any speed limits and penalties if you are elsewhere.

If the ski resort you are skiing at does have penalties for speeding, then you better make sure that you are doing everything possible to comply with the rules. If the limits are there, they probably are there for a reason. If you don’t like the speed limits, then you should look for another resort that doesn’t have speed rules.

You don’t necessarily have to switch ski resorts though – if the speed limits apply only to some specific areas at the resort, then you only need to make sure that you aren’t speeding there.

The speed limits imposed at some resorts appear to have caused much controversy among skiers. Some argue that such rules take away all the fun from skiing, while others embrace them.

Subjective views of skiers play very little role in such serious matters though. Could there be objective reasons that would justify the imposing of speed limits at ski resorts around the world, including the US and Europe? It appears that there could be.

The National Ski Areas Association gathers fatality and catastrophic injury data annually at the end of the winter season from all ski areas in the US.

Only accidents that have occurred within ski areas’ operating boundaries are counted in the report since the report’s goal is to reflect the risk of accidents at ski areas for the skiing public.

The NSAA also doesn’t include accidents that have occurred after the operating hours at ski areas, nor does it include injuries or fatalities of ski area employers while working, unless the accidents have been similar to what could’ve been suffered by the public.

In the context of these reports:

Health-related accidents haven’t been included in the numbers given above.

This is how things look compared to the previous years’ data:

In the 2017/18 season, the majority of fatalities and catastrophic injuries have resulted from collisions with trees, manmade objects, and other skiers. This is the key point to consider in the context of this post.

Unfortunately, we can’t tie these numbers with speeding cases since the NSAA doesn’t cover ski speeding or reckless skiing in their report – they only mention that most incidents have occurred as a result of collision.

Perhaps none of the skiers who’ve suffered incidents have been speeding – they might have just gotten extremely unlucky. With that being said, we think that the fact that most accidents result from collisions is notable, and it’s another reason for you not to get overconfident and stay on the slower side while skiing downhill.

One thing, however, strongly suggests that the skiers who’ve gotten themselves into accidents have indeed been speeding. According to The Denver Post, helmets are tested to be effective at speeds up to 10-15 mph, while skiers along with snowboarders average towards 25-27 mph. Helmets thus do not provide adequate protection from high-speed collisions.

We should reiterate that:

But since helmets are claimed to be effective at up to 10-15 mph and most of the victims were wearing helmets, one could assume with a stretch that speed was a deciding factor in the incidents.

What Should You Do?

What all this means that the speeding limits imposed at ski resorts aren’t groundless. Moreover, they are the most likely reason.

And the more experienced you are in skiing, the more careful you should be. Remember that the hazards of skiing stay the same no matter how experienced you are, and one little mistake could be fatal. Do not be overconfident since you aren’t safeguarded from making mistakes, not to mention that the unpredictable behavior of others could also get you into an accident.

Even if you are 100% sure that you are in control, a sudden change in your surroundings could render all your skill and experience useless.

Don’t count on other’s experience, and don’t expect others to be smart about skiing. As the NSAA recommends:

Do You Need Goggles to Ski? 5 Reasons To Wear Them
The 5 Best Skiing Resorts in California
10 Best Nike Ski Goggles
Top 5 Ski Resorts in Colorado