You are here: Home / Knives / What Is The Ideal Thickness Of A Survival Knife? 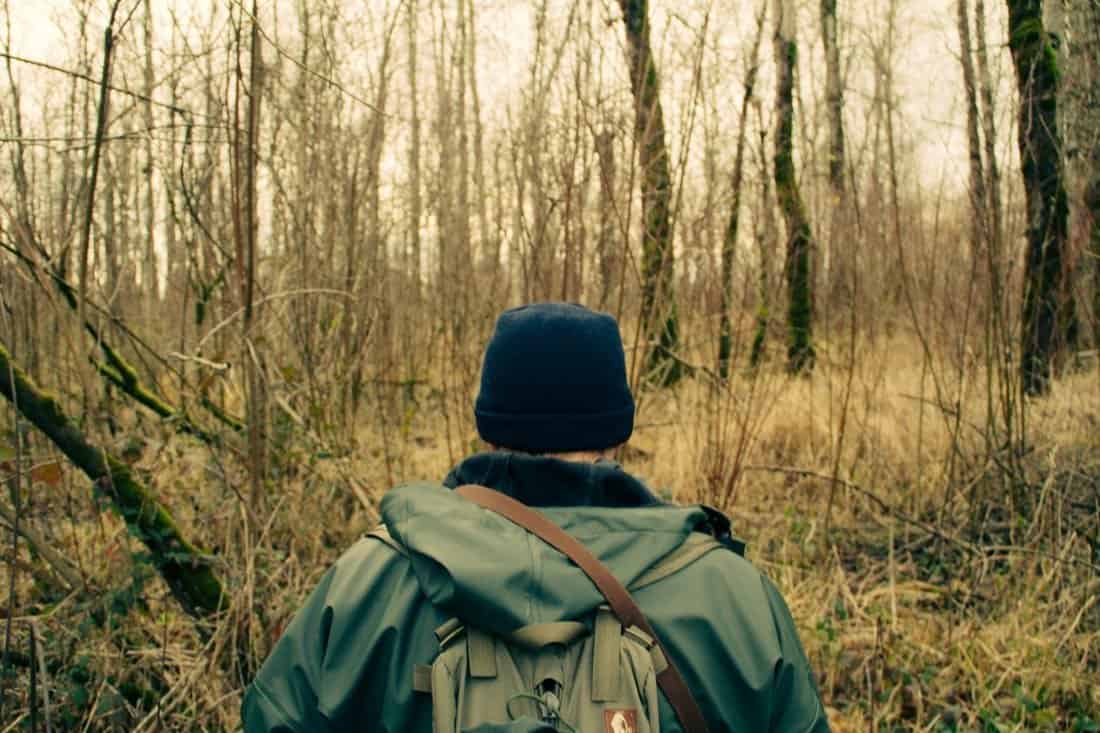 Being outdoors and experiencing nature is not only a great way to stay healthy, but it’s also great for your mental wellbeing.

We love indulging our passions for the outdoors, whether that’s camping, hiking, fishing or hunting, there’s very little we like better than being out under the big blue.

But there’s one hobby that we enjoy above all others, and that’s camping.  If you’re wondering why, it’s because it’s not just one activity, it’s a multitude of activities.

But no matter what we’re doing, there’s one piece of equipment that we always take away with us, and that’s a survival kit, which of course includes a survival knife.

These kits are not just for preppers and those of use that are survival mad.  I would argue that a survival kit is perhaps the most important piece of equipment that anyone that likes to spend time in the wilderness should have.

You never know when disaster might strike, and being prepared for any eventuality can make the difference between getting home safely, or ending up as a statistic.

Survival Knife: The Most Important Piece of Kit

I would argue that if you could only take one item away with you, it should be a decent quality fixed blade survival knife.

With a survival knife, you can create a shelter, fashion tools, start a fire, hunt, prepare food or even defend yourself at a pinch.

We won’t list all the great survival knives that are available on the market today, of which there are hundreds, instead, we’re going to answer one simple question.

What is the ideal thickness for a survival knife?

As you might have already guessed, the answer is it depends on what you’re going to do with your survival knife.  However, we’re going to go out on a limb and say a survival knife which is 3/16 inches thick is ideal for 90% of the tasks you’re likely to use it for.

We’ll go into the reasons why below.

How Does Blade Thickness Effect A Survival Knife?

In general terms, the thinner the blade, the better the knife is for slicing, cutting and other delicate tasks.

A knife with a 1/16 inch thick blade will be easier to handle in most situations that require a delicate touch.

If you’ve ever had to thinly slice ham for a sandwich, what knife did you use? If you used a carving knife, it likely had a long thin blade.  You probably didn’t choose the meat cleaver, unless you where looking for ham chunks rather than ham slices.

The same is true of a survival knife, thin equals more accurate slicing and control.

However, what if you need to do some batoning or chopping?

Batoning, chopping or feathering can be done with thin blades, but it’s far from ideal.

The reason for this should be obvious, but in case it’s not, we just need to look roll out a bit of high school physics.

In our case, the object is the knife.  So, a thicker and therefore heavier knife will hit a piece of wood with more energy than a thinner and lighter knife.

If you need to make light work of some chopping, batoning or feathering, then a thicker knife will work much faster than a thinner knife and will require less effort on your part.

In an ideal world, we’d have specialized tools for all the jobs were likely to perform, but a survival situation is unlikely to give you fair warning and you’ll need to make the best use of the tools you have with you.

That’s why we recommend selecting a survival knife which is 3/16 of an inch thick.  It offers the best balance between the two extremes of thick and thin blades.

A 3/16 blade will allow you to cut and carve things with a respectable amount of accuracy, but it’ll also have enough heft behind it to chop or pry things open.

If you can afford to and have the space for multiple survival knives, then, by all means, choose a range of thicknesses, but if you have space for one, then you’ll want to get as much use out of the knife as you can.

What Else Should We Look For In A Survival Knife

The thickness of a survival knife is only part of the story, and there are several other factors that you need to take into consideration which are as important or even more so.

I would suggest only choosing a full tang fixed blade survival knife, as these are much sturdier and less likely to fail in an emergency.

You may also want to consider the following:

All of these factors are important and can make or ruin the knife in question.

If you feel we’ve missed anything or have anything to add to this article, please let us know in the comments below.