You have taken the time to get your RV ready for your new vacation season, but you would like to take your car with you this time.

You most likely have taken the time to have a look at putting in base plates as well as other components, however, what you want to do is install an Air Force One Braking System.

There are quite a lot of things to bear in mind when it comes to selecting the very best, yet appropriate system for your RV. For one, you have to consider your RV.

There are actually numerous places where you are required to install a braking system if you plan to tow your vehicle along.

The AFO or Air Force One enables you to be worry-free knowing that you are legally clear to be on the road, regardless of where you go.

So, how much does it cost to install the air force one braking system? Expect to pay between $1,300 and $2,500 depending on if you’re installing it yourself or if paying a professional. Read on to find out more.

How does the Air Force One Braking System work? 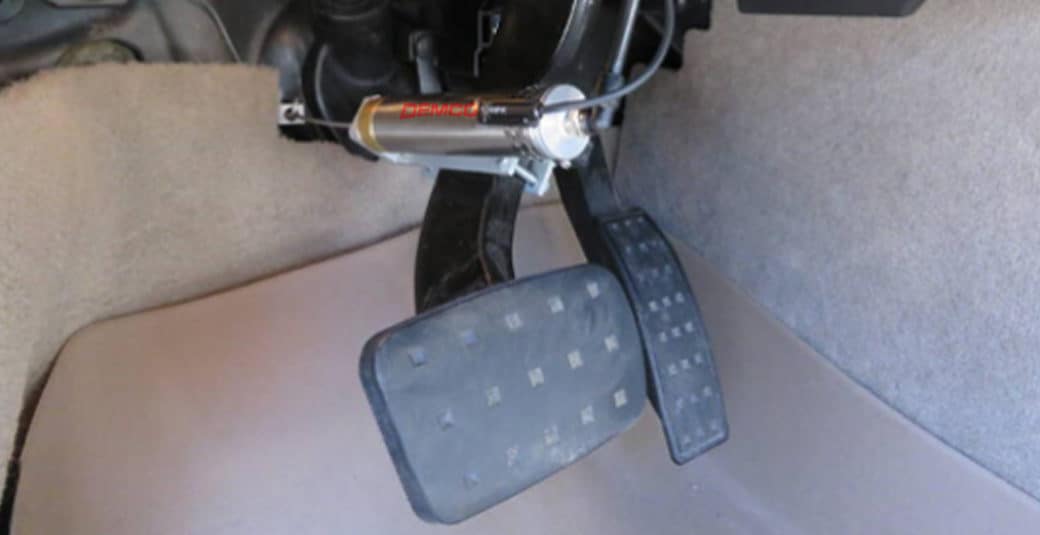 As stated earlier, the system is a supplementary one so it works by leveraging on the existing brakes your car has.

What it does is to apply the brake whenever it gets an input from the RV. The AFO can be described as a braking system that is truly proportional.

What are the advantages of a proportional braking system? Utilising a system of proportional braking means that when the brakes are applied in your RV causing it to panic stop, your car also stops with the same amount of force.

Another advantage is that you do not feel like the car you are towing is dragging the RV back.

Proportional also means that it will be equal stress inside the car as well as outside so it won’t feel like the car is doing its own thing.

Additionally, it is not going to cause the brakes to be applied too softly to the point where it would feel like the car is pushing the RV when it is trying to stop. What you get is even and nice braking as both are using the same pressure.

Considering that this braking system utilises air pressure from the RV to analyse just how much force is needed to brake in the towed car, you need not be concerned about the eventuality of false braking which can occur in an applied braking system that uses an inertia sensor.

The way an inertia sensor applied braking works is to have a sensor inside the car’s unit which scans the inertia to apply the brakes.

There are times when you are slowing to a stop and the sensor will incorrectly trigger, applying that brakes a little too hard in the car.

When this happens it could feel like you are pulling a weight just behind the RV. With an AFO braking system, you don’t have to worry about that. Your brakes will also not be worn out with this system.

How to Install the Air Force One Braking System You have to pick a decent location to assemble the air connection. Your airlines should not be near any moving parts or direct sources of heat.

They should also not be mounted in a manner that causes them to kink. It is possible to mount the assembly near the RV’s already existing relay valve assembly.

Once this is done, you need to find the RV’s supply hose. This is the line that will be connected to the air braking tank. While it is typically green, it can come in any color. It must, however, not be confused with the hose for a treadle valve.

The line should be trimmed using appropriate tools so that the cut is clean and lose. Having a clean, straight edge is important as it helps to stop leaves in the air system from forming. One thing to note is that before the lines are cut, you have to drain your RV’s air tank.

The NPT tee has to be attached using appropriate connectors. The push-lock connector has to be threaded into the free tee port.

The quick-release or spring brake valve should first be located. In most RVs, it is located just below the relay for the service brake.

The metered port for air is sometimes directly centered above the valve. To identify which valve is the quick release search for a port that is labeled emergency and then follow the hose leading to said valve.

Installing in the Towed Car 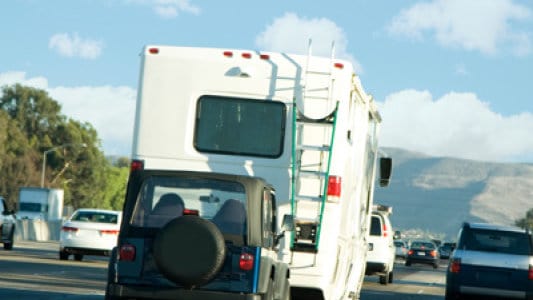 You have to select an appropriate location in the car’s engine compartment to house the system’s operating unit.

As with on the RV, it has to be far from any direct heat sources, whilst ensuring the connections are within reach.

Typically, the system is mounted behind the bonnet’s grill as long as it does not impede the radiator’s airflow.

You don’t have to worry about moisture causing damage to the unit, however, it shouldn’t be put in a place that lets it get direct contact with road spray or rainwater.

The L Bracket has to be mounted. This can be done using the hardware provided. The bracket must be centered as much as possible on the towing car. With this in mind, the RV’s bracket has to also be centered.

If one of the two is off-centered, the offending one has to be adjusted so that they are both at the same location.

Your air hose should be routed straight to the operating unit located in the engine compartment to the L bracket. It should be connected to an Air In labeled push-lock connector.

Installing an Air Force One braking system to your RV is an important and even legal obligation if you plan on towing a vehicle. The process is something that you can do by yourself as there is a detailed manual with images to guide you on your way.

So if you have the time and the patience to do it yourself, the total cost to install this braking system would be only the purchase price of this system which can be gotten for about $1,700.

How Much Solar Power Do I Need for My RV?
Can A Truck Camper Pull A Travel Trailer?
What is Considered High Mileage for an RV?
Top 10 RV Parks in Florida