You are here: Home / Fishing / Can You Eat Muskie Fish? 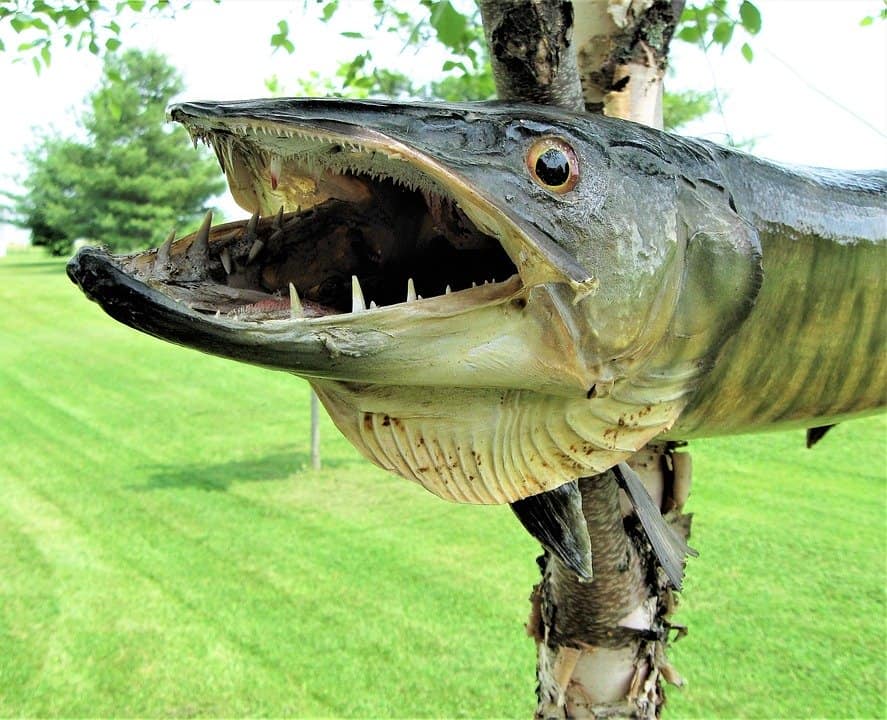 Muskie is quite a rare fish in some areas. Naturally, encountering this relative of pike for the first time, one of the thoughts that would cross your mind is: “Can you eat muskie fish?”

Well, there are no easy answers to this question. You’d assume that muskie is very similar to pike since they are closely related, but that’s not quite true. There are many things in common, but there also are a couple of crucial differences.

With that said, let’s have a look at the edibility and safety of muskie.

Can You Eat Muskie Fish?

When it comes to edibility, muskie can indeed be eaten. Moreover, muskie is quite similar to pike – that’s because muskie are part of the pike family. Not only that, but muskie are the largest species in the pike family!

With that said, it appears that muskie isn’t as tasty of a meal as pikes– it’s more similar to bass. It seems to have a milder taste, and it’s also quite a bony fish. And just like pike, muskie fish also have Y-shaped bones that make filleting and cleaning a headache.

Muskie is also difficult to catch because it is quite a rare fish in some areas–when angling, you are probably going to encounter many more pike fish than muskie fish! If you fish for food, then you shouldn’t really worry about muskie since you won’t be seeing this fish that often.

With that said, what should you do if you do catch muskie fish?

Well, there are two options – you keep it, or you release it back into the water. And your decision won’t be just a matter of preference – there are a few objective factors that would affect your decision.

The first factor is mercury.

Some state advisories do provide more precise information though. For example, the Wisconsin Department of Natural Resources recommends consuming no more than 1 meal of muskie fish per month.

Besides, the WDNR discourages women who intend to have children and children aged under 15 from eating muskie fish.

The WDNR claims that the mercury level in 40 inches long and longer muskie is “just over 1 ug/g” (1 microgram per 1 gram) on average. Since 1 microgram is a millionth of a gram, 1 ug/g corresponds to 1 part per million. This means that muskie fish are as mercury-contaminated as sharks, which is very high. This number may only apply to Wisconsin muskie, but it’s still high.

The FDA fish eating advisory actually suggests that you avoid consuming fish like sharks. This advice may also apply to muskie fish.

While the WDNR recommendations are a good place to start, we suggest that you check your local state advisories. The recommendations may differ from area to area, but one thing is clear – muskie fish is quite high in mercury, so you should be very careful with it.

Another thing to keep in mind with muskie fish is that its populations are very scarce in some areas. Due to this, states impose daily bag limits, which is the number of fish you are allowed to catch per day. Besides, states may impose minimum length requirements.

Besides, in Wisconsin, the current statewide minimum muskie length is 40 inches, which means that you are not allowed to catch muskie under 40 inches of length. This rule applies to 94% of Wisconsin waters.

The reason for such a high minimum length is the slow growth rate of muskie fish. As the WDNR guide states, muskie get about 11 inches long in a year, 34 inches in 7 years, 40 inches in 9 years, and 50 inches in 17 years.

With that said, muskie fish may not have any length limits in otherstates. For example, in Maine, muskie fisheries are not actively managed. That’s because muskie is not native to Maine, and since they are predatory, they can significantly harm native fish populations.

Due to this, some states may encourage anglers to catch muskie by removing any fishing limits.

Given all of the above, you should:

How to Cook Muskie Fish

The cooking process of muskie fish doesn’t really differ from that of other fish. You can fry it on a pan, bake it, grill it, or use it in your favorite fishing recipes. But since the taste of muskie fish isn’t quite the same as in pike, the dishes based on muskie may be a little bit different than expected.

Perhaps the simplest way to cook muskie fish is frying it on a pan. For a relatively simple pan-fried muskie, you will need the following ingredients:

And here are the frying steps:

This one’s a little bit more difficult recipe, but it will provide you with more options for managing the dish’s taste.

Here’s what you will need for this dish’ base recipe:

And here’s how to prepare this dish:

In the end, muskie fish is indeed edible, but do remember about its high mercury levels and do not consume it more than once per month. Women who want to have children and children should avoid muskie fish altogether. Muskie can be a decent dish to have every once in a while, but definitely not as a primary fish dish.

When angling for muskie fish, do keep in mind local regulations and be sure to follow them to avoid problems with the law.

And finally, remember that muskie fish has a great alternative, which is pike. Pike is a little safer than muskie fish, though this depends on the area you live in. In addition, in some areas, you can catch many more pikes than muskie fish.