You are here: Home / RVs / Guides / RV Water Smells Like Rotten Eggs: What to Do? 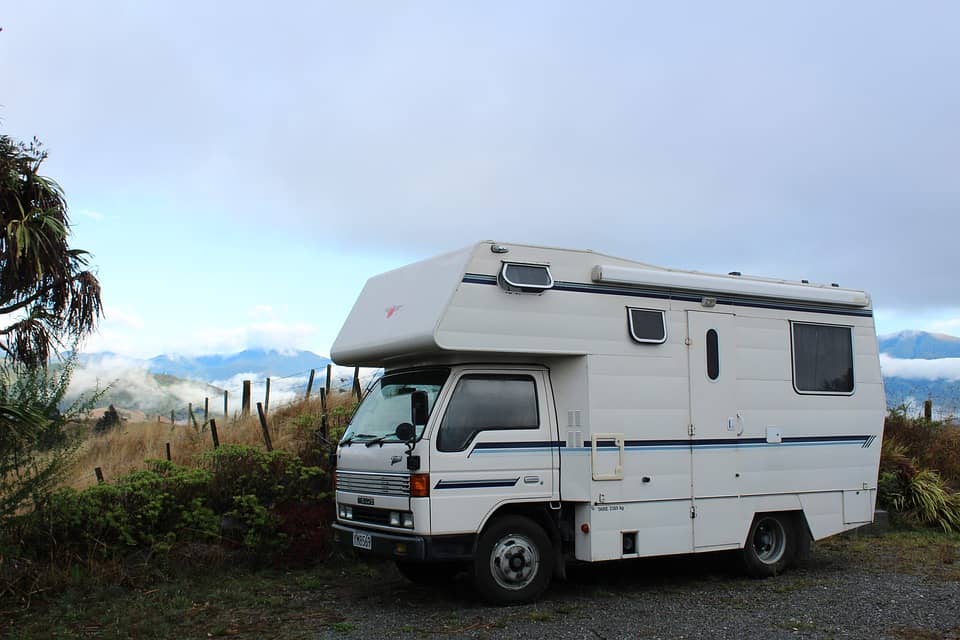 Does the water coming out of your taps and showers smell like rotten eggs every time you open the faucet? The reason behind this is the increase in Sulphur bacteria in the holding tanks. Recreational vehicles come with holding tanks: freshwater, gray water, and black water tanks. You will notice the rotten egg smell in your freshwater tanks, especially if you have stored it away for some time.

Types of Sulphur Found in Water

Did you know that drinking water across the US comes with over 300 different chemicals? Now you know. Many people will tell you that it is a common problem for strange odors coming from their taps, especially when the supply is from a holding tank. There are two forms of Sulphur in water: sulfate and hydrogen sulfide

Sulfate is a result of Sulphur combining with Oxygen. Sulfates occur naturally in soil and rocks. Over time, these minerals are released into the water. Hydrogen sulfide, on the other hand, forms when organic matter decomposes underground. These bacteria chemically change the natural sulfates in water into hydrogen sulfide. Sulphur based bacteria thrive in oxygen-deprived water found in tanks and wells.

Elevated concentration of hydrogen sulfides in water can alter the taste of water and produce the awful egg odor. Sulfates have no smell but leave build-up in water that can make it taste bitter.

Hydrogen sulfide in water damages pipes as it destroys numerous types of metals, causing stains on plumbing fixtures and silverware.

How to Get Rid of Sulphur Hydroxide in Your RVs Water

It is no doubt that the ‘rotten egg’ smell is not only a nuisance but also embarrassing. With this, you must find a way of getting rid of it. But how? Well, the first thing you need to do is identify the source of the smell. If you open taps and water stinks, then the problem lies in the freshwater tank.

Take note of where the odor is coming from; it may be an indicator that all your holding tanks need a thorough cleaning. Sometimes gray and black water tanks release unpleasant smells, especially if they are almost full and not well cleaned. In the water heater, the bacteria react with magnesium or aluminum anode rods in the heater to produce a rotten egg smell.

The second step that you need to do is open all the taps for five minutes to clear all the sulfate clog that may be causing the smell. If this doesn’t work, it is time to bring in the big guns in the form of peroxide. We recommend leaving the tank half-empty and adding about 20 ounces of hydrogen peroxide to the water, leave it for three hours, and then dump all the water. Do the same for the water heater. You will need to thoroughly clean the holding tank after this because hydrogen peroxide is toxic when swallowed. You can substitute hydrogen peroxide for household vinegar.

To get rid of this odor in your heater, go for an aluminum-zinc anode. This anode helps eliminate bacteria activity that produces the dreaded smell.

Unclogging Water Pipes in the RV

At least once a year, take time and do maintenance on all water pipes in the trailer. Take your camper for yearly maintenance at the RV center, where all worn pipes will be replaced. If you can do all the maintenance yourself, you can cut a lot of costs. Unclogging pipes regularly will ensure your pipes are free from clogging all the time.

We recommend flushing your water heaters and pipes with bleach. Flushing helps get rid of any calcium deposits and sediments which collect in heaters and water pipes over time.

We highly recommend using flushing wands, which help to increase the pressure of the freshwater. The wands are directed deep in the pipe and the part below the drain. A lot of pressure is exerted, which assists in loosening calcium inside the tank.

Here is how to flush

For a 40-gallon tank, use one cup of bleach to four cups of water. If your tanks are bigger, add more bleach accordingly. Add this mixture to an empty holding tank and fill it up with fresh water. Then run all taps in the RV, including the shower, until the tank is empty.

Once empty, fill the tank with water and let it sit for at least 12 hours. Repeat the process of draining the tank through the faucets three times or until you can’t smell bleach.

Sometimes, smells and fumes can come from the waste tanks in the camper. To eliminate all odor from the trailer, you need to clean all tanks. Make it a habit to dump waste when the camper is stored away. If you don’t do this, the residue will harden in the pipes and tanks and cause the stink.

Before dumping greywater -water from the sink and shower, add a cup of baking soda to a gallon of water and pour it into the sink and drain it. This will help with keeping bad odors at bay.

There are my chemical products that are made to take care of the black tank waste odors specifically. After draining the tanks, always rinse with clean water and then add treatment. This will prevent the growth of bacteria in the containers. Start by dumping black waste first, followed by greywater. The greywater will help flush out anything stuck in the black tank

Despite the awful smell that lives a tingling in your nose, hydrogen sulfide is harmless when consumed in water. The choking smell of the water will deter many from drinking it. High amounts of Sulphur in water could cause corrosion on some types of metals. This could cause a health risk if you consume heavy metals.

Ways to Get Sulphur Out of Drinking Water

As you travel across the country, you will collect water with different minerals and contaminants. This is where chlorine comes to play. Adding chlorine to your water will kill some of the bacteria. Chlorine reacts with hydrogen sulfide to form tasteless, odorless particles. The particles then form a yellow film that is left in the tank and can leave stains on clothing and plumbing fixtures. They can be filtered using an aggregate filter.

Aeration uses Oxygen in the air to react with hydrogen sulfide to form an odorless, dissolved form of Sulphur called sulfate. Some yellow Sulphur particles may also form after the water is aerated. Aeration systems also work to remove high levels of iron and manganese, if a sediment filtration system is added after the aeration process to filter out the solids formed. Installing a filtration system in your RV will ensure water used for drinking, cooking, and showering is safe.

How to Maintain A Stink-Free Camper

A motorhome can quickly start smelling bad fast because it’s an enclosed, small space. Here are tips to help you keep a clean-smelling camper all the time.

Don’t wait until waste tanks are full to empty. Wait until your black and grey tanks a two-third full and then dump the waste. Always give your containers a good rinse every time you empty them.

Every time you cook indoors, open a window, and crank the fan up to draw fresh air in the camper. Strong foods can leave your camper smelling fishy for days

Get a fan for your bathroom to keep the space dry all the time after showering. Wet enclosed spaces tend to develop a musty smell when not completely dried. Fighting humidity in the camper will also prevent the growth of mold that is toxic.

Use baking soda to fight smells. Pour baking soda in the sink and flush with hot water. Baking soda is very effective in fighting odor

Like you would conduct spring cleaning in your home, once in a while, give your home on the road a good cleaning. From the living space, kitchen, and toilet, you are likely to accumulate a lot of dirt on the road.

People who travel with RVs will tell you that water develops a smell at some point, especially if the water stays in the tanks for a long time. Proper cleaning and maintenance of the tanks is the only way to keep your motor home smelling fresh all the time. You may have to rinse your tanks a couple of times to eliminate the smell. Once your tanks are clean and smelling fresh, it is time to refill the tanks. Be cautious about your sources of water. Ensure that the Sulphur content is as minimal as possible.

You can check out more of our RV guides here.

How Often Do Motorhomes Get Broken Into? Stats Across All States
How to Clean RV Water System With Vinegar
What Size Generator For 50 Amp RV?
Can You Paint Aluminum RV Exterior?