The Onan generating set is a hardy machine that has been specifically developed to cater to the energy requirements of not only the average homeowner but RVers as well.

The power generator is so reliable that it has become one of the go-to generating sets for RVers looking to sustain their appliances.

It has also proven its mettle over the years as a great source of backup power. However, the Onan power generator has been plagued by certain issues, as numerous owners have laid complaints concerning difficulties with the operation.

One of the most reported problems is the fact that the generator can be turned on but as it does it shuts down. It simply does not stay running.

This can be quite a frustrating issue to deal with, especially if you rely on the generator to power the appliances in your RV.

Additionally, Trying to fix the problem without troubleshooting or having the necessary tools could cause you to damage the equipment.

Things to bear in mind concerning the Onan Generator

Thankfully, trying to troubleshoot the Onan generator is something that is not as difficult as it seems. However, it is only difficult as long as you’re able to understand the fundamentals.

There are various reasons why the Onan generator will start but wouldn’t remain running. This article aims to help you troubleshoot through each problem.

Nevertheless, it is important to remember that as with many other electronics, it might be best to call a professional to handle the problem if you do not feel confident in troubleshooting the generator by yourself.

The intricacies of a working Onan generator

Generally speaking, on the Onan generator, the role of the control board is to regulate primary functions. The principal function is ensuring that the generator is supplied with a sufficient amount of LP gas or diesel.

This means that it is the role of the control board to immediately shut down the generator the moment it recognizes a shortage of fuel pressure and fuel. If there is nothing faulty with the control board, then the regulator receives a field flash voltage which then preserves the stable application of the numerous appliance loads.

The regulator, depending on the scenario, could either decrease or increase the load prior to transmitting it via the generator’s field circuits. When viewed from a technical standpoint, the regulator acts as inbuilt protection against the possibility of overload.

A relay set in the control board close and open whilst the oil pressure fluctuates. This change determines the status of the bridge rectifier.

In the event that there are no issues and everything is smooth, the machine’s rotors begin getting DC voltages once the bridge rectifier comes on. When viewed as a whole, the Onan generator’s performance relies on the vast number of components working together smoothly. 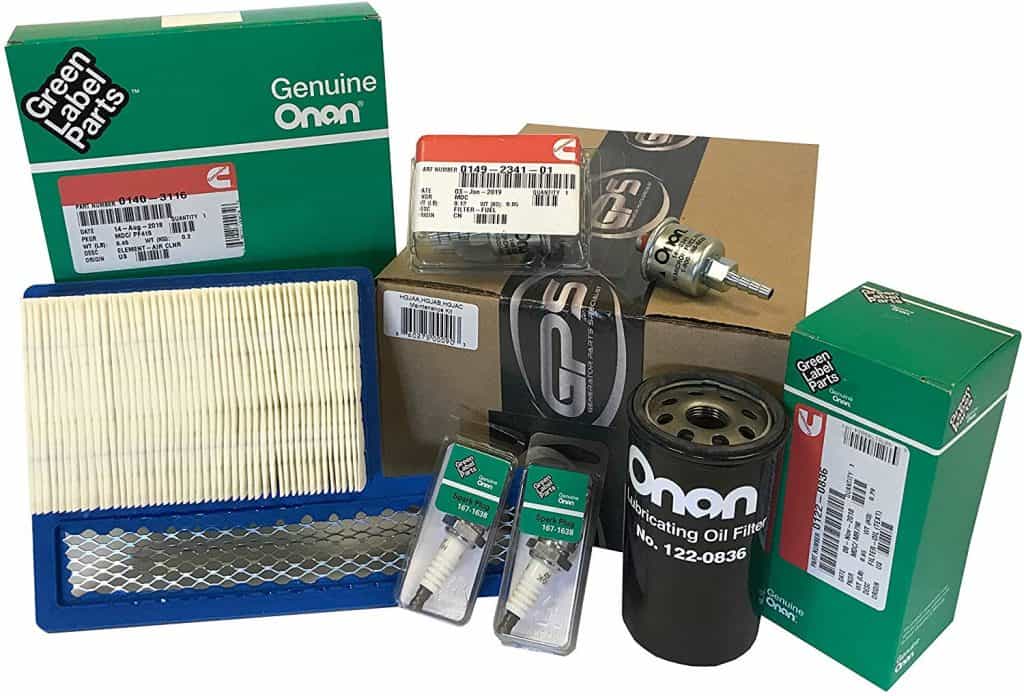 When you do not have the correct tools, troubleshooting is likely to bring out an indefinite result. For this reason, you must get the correct gear and tools necessary before attempting to assess the Onan generator.

Generally, you will have to get a working multimeter, which will enable you to not only examine but inspect important generator components and their readings. To access these components will require you to disassemble the generator, so you will need to have some screwdrivers and wrenches.

Additionally, it might be handy to get a hardy pair of rubberized gloves. This should be all the gear you require, however, if you want to feel it is better to be safe than sorry, you can choose to wear goggles and a facemask as well.

Once you have all your required tools and gear, you are now ready to troubleshoot what the problem could be. When it comes to the case of the generator starting up but not running, there are a few potential issues and components to point the finger at. They are: 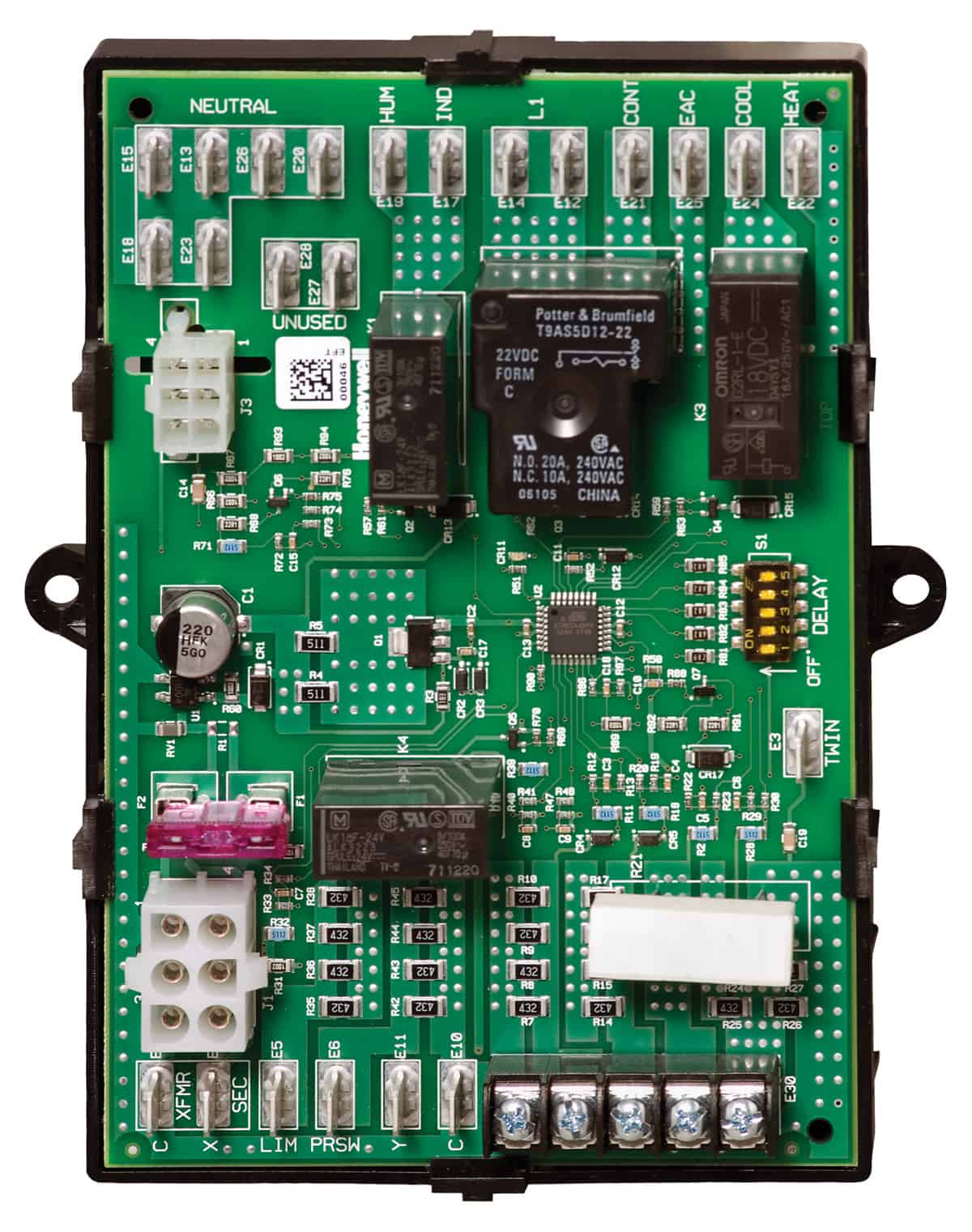 If there happens to be no voltage on the field flash, then the board might be defective. In the event that this the case, the issue of your Onan generator starting up and then shutting down can be fixed by changing its control board.

One of the leading causes of an Onan generator starting and then shutting down after some time is a sticky switch. This is an issue that seems to happen very frequently. The cause is the generator’s oil pressure switch which sticks open when the generating set has not been used for a prolonged period.

In numerous cases, the way to sort this issue out is by engaging in numerous start-stop cycles. You could also add a bit of tapping to help dislodge the switch.

If the field flash has a seemingly normal voltage, then the issue might be caused by the regulator. The way to determine if it is indeed the regulator is to run 12 volts via a diode to the regulator’s pin 9.

If after doing this, your Onan generator begins producing slightly low or normal AC voltages, then the regulator is flawed and should be swapped out.

Ground or Short In The Rotor 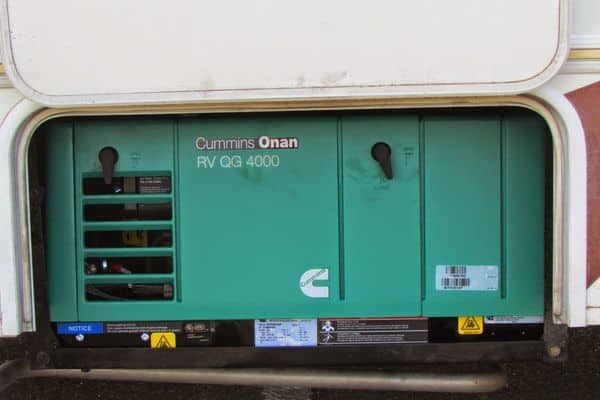 The last spot that people tend to look when trying to discover the source of an Onan generator starting and stopping is the regulator’s mating plug. What you should do is to use the multimeter to find out the resistance rating between pins 10 and 9 of the plug.

The average reading should be anything from 22 Ohms to 28 Ohms. Should the reading produce a rating that is lower than 22, then there may be a short in your generator’s rotor.

Conversely, if the reading is way higher than 28 Ohms, then it is possible that the rotor has a ground in it.

if you have checked the regulator and discovered that it is working as it should, then it is possible the generator has certain connectivity problems caused by faulty or damaged.

To find out if this is, in fact, the case, you should simply check if the wiring between the regulator pin and the field flash pin is connected and working properly.

These are some of the most common culprits when an Onan generator starts up but does not stay running for long. As stated earlier, it is imperative to hire a professional if you are unsure of your electrical skills.

That being said, if you are proficient and confident, ensure that you have the right gear and tools to carry out any troubleshooting and repairs on your generator.