You are here: Home / Fishing / Is Fishing A Sport? 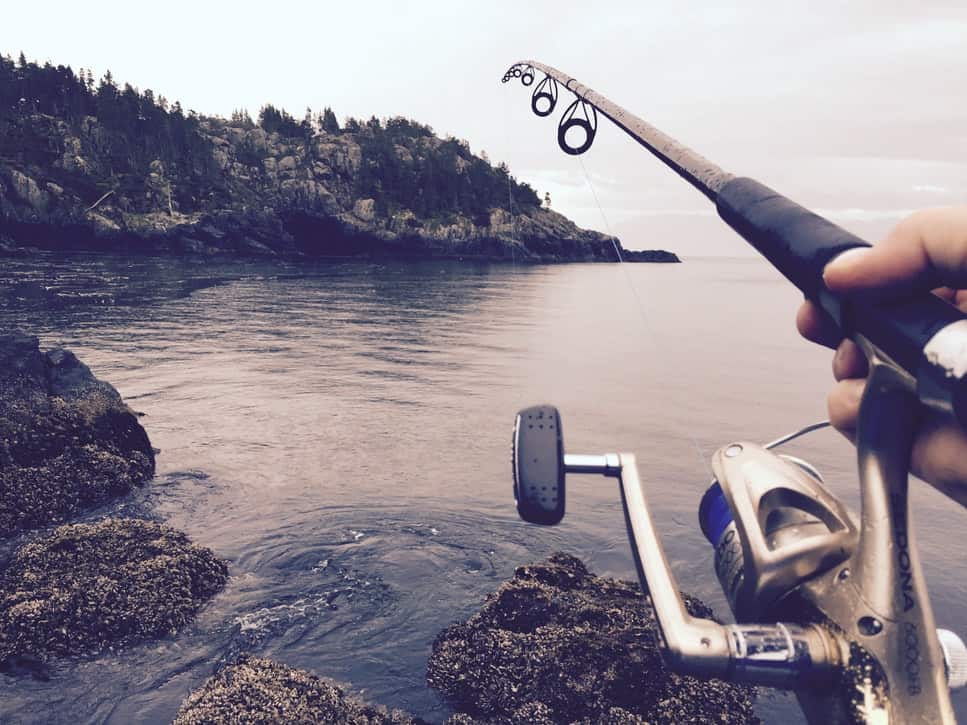 Fishing is a highly popular activity, but is it a sport?

This is a pretty difficult and common question, but you are going to find different opinions on it, which doesn’t really help you.

We also have our view on whether fishing is a sport or not. Below, we would like to share our position and thoughts with you. And hopefully, our position is clear enough so that you get a clear answer to your question.

First, we should understand what sport even means.

Usually, the term “sport” refers to a competitive activity involving physical effort and skill. Some definitions focus not only on the competitive component of sport though – for example, the Cambridge Dictionary defines the word “sport” as an activity done for enjoyment or as a job, among other things.

The Council of Europe defines sport as casual or organized physical activity which aims at:

Under these definitions, fishing is indeed a sport since it:

With that said, sports do not necessarily have to involve physical activity. For example, the Global Association of International Sports Federations (GAISF, formerly SportAccord) recognizes such non-physical sports as checkers (draughts), chess, bridge, and Go. The International Olympic Committee also recognizes bridge and chess as sports.

What this means is that the definitions of sport are kind of blurry.

Similarities of Fishing With Sports

To demonstrate better that fishing can indeed be considered a sport, we would like to have a look at some key similarities between fishing and sports. This doesn’t really mean anything from a formal point of view, but it’s nonetheless pretty interesting to think about how fishing can be treated as a sport.

So what kind of physical activity does fishing involve? Well, among the things that you would do during your fishing trips are:

Do these activities require physical ability? Of course they do. You need to train specifically for fishing activities since they are very distinct and aren’t really encountered outside of fishing. You may be a world champion weightlifter, but your strength and speed won’t necessarily contribute to your fishing performance.

What about skill? Well, there is plenty of skillinvolved in fishing. And arguably, skill has a more significant role in fishing than physical conditioning.

A big part of sports is strategizing. No matter how dumb or mindless a sport may seem, it will include some form of strategy.

Mind sports such as chess or Go are the greatest examples of strategy in sports. There’s not much physical activity involved – instead, you need to plan your actions several moves ahead, not to mention that you need to be able to predict the strategy of the opponent and enforce your own strategy on them.

There is strategy even in sports such as weightlifting or boxing. In weightlifting, one could, in particular, strategize their attempts and force others into higher weights, while in boxing, one could play defensively, exhaust their opponent, and then take advantage of them.

Fishing is no different since there are plenty of things to strategize there. Among the things that you could build a fishing strategy upon are:

These are just a few things that you could plan and build a strategy upon in fishing. This clearly shows that fishing – just likeany other sport – is not only about physical ability.

Now, to be fair, sports aren’t about physical and mental well-being. Regular exercise and sports shouldn’t be confused.

The purpose of the former is to maintain one’s physical and mental health, while the purpose of the latter is to outcompete others. Health is of secondary importance in sports – athletes very often train much more than it is healthy for them.

With that said, it is possible to do sports for health, though you perhaps won’t be able to achieve incredible success and become an Olympic champion that way.

As for fishing, it can indeed be very beneficial for your health.

It takes effort to make a successful catch. Hours on the water translate to noticeable strain on your muscles. And though fishing effort is not like the effort you’d put into a marathon, it is still there.And if you are boat fishing, for example, you may add the effort of paddling into the formula.

Aside from physical benefits, you also have mental benefits. It’s no secret that doing things we love can decrease stress. And since stress can lead to brain atrophy, the importance of the enjoyment of fishing cannot be overestimated.

Fishing also involves competition, like any other sport. Even if you aren’t really competitive.

If you hear another angler of catching particularly big bass, you may want to top their achievement and catch an even bigger fish! And by doing so, you may not even realize that you are in a competition of sorts.

You may also compete with your friends or relatives in how many fish each of you catches, for example. And while being the first doesn’t imply that you will get a medal, the competitive aspect of fishing is there even if you don’t notice it.

Are athletes enjoying what they are doing? Probably, because otherwise, they would no longer stick to their sport.

Sports aren’t necessarily good for your body, especially if you are after medals and records, but it certainly brings enjoyment to athletes (though this most likely depends).

Angling can also be enjoyed, especially if you aren’t doing it as a job. If you are fishing to earn a living, angling won’t necessarily be enjoying for you. But if it’s a side activity that you love to engage in after work, then it will surely bring enjoyment to you.

And we’ve already mentioned above how greatly beneficial enjoyment is for your mental well-being!

The Formal Side of Things

It would also be pretty interesting to have a look at the formal side of sports. We can talk all you want about definitions, but they don’t do much since sports aren’t based on textbook definitions or opinions. There are more or less formal definitions of sport, and we would like to draw your attention towards those.

We’ve mentioned the GAISF/SportAccord a little above, and we think that it’s important to cover its definition of sport as well.

If you didn’t know, the GAISF is the umbrella organization for all Olympic and non-Olympic international sports federations. Well, this is a good reason why the word of GAISF is pretty important in the world of sports.

Now, the definition of sports that will be brought up below has been online a few years back while GAISF has still been known as SportAccord. Now, the original webpage is archived, and it’s difficult to say whether this old definition is formally followed these days.

Still, it’s pretty interesting to have a look at what the main governing body of all international sports federationsthinks about sport.

So, according to the former SportAccord, sports:

Well, if we were to go by this definition, then fishing definitely is no sport since it doesn’t satisfy the second requirement and maybe the fourth. Fishing is mostly done for food, though there is catch-and-release fishing where the caught fish is released back into the water.

Though fishing doesn’t satisfy the second point of SportAccord’s definition, it appears that fishing indeed is a formal sport!

If you look through the member federations of the GAISF, then you may stumble upon the International Sports Fishing Confederation. This federation governs 3 international sport fishing federations:

These federations hold annual world fishing championships – among other competitions – though these don’t appear to be particularly popular beyond Europe.

But even though there is an international fishing sports federation, fishing sports appear to be amateur, meaning that athletes don’t get paid for their athletic performances. With that said, there are many other amateur sports out there, with athletes earning money on sponsorships or out-of-sports jobs.

It should also be noted that the International Sports Fishing Confederation along with its daughter federations aren’t recognized by the International Olympic Committee, though it may get recognized someday. But as for now, you won’t be able to get onto the Olympic podium as a sports angler (not that this is too important today).

With that said, the International Sports Fishing Confederation is a stakeholder of the World Anti-Doping Agency and thus enforces certain rules with respect to doping. So if you decide to engage in sports fishing, know that rules in regard to doping will be no less strict than in other sports.

Is The Formal Aspect of Sports Fishing Important?

So it appears that fishing is indeed a formal sport discipline. Sports fishing is governed by not one but several international sports angling federations, not to mention that the International Sports Fishing Confederation is a member of the GAISF.

This is cool, but does it mean anything for you?

Well, the answer to this question depends on your intentions.

If you do want to take part in competition, show your skills, and maybe earn some rewards, then know that there are ways for you to do so since angling formally is a sport. If you are great at fishing, then why not test your skills and compete with some of the best anglers from all over the world?

With that said, you probably shouldn’t expect too much from sports fishing in terms of monetary reward. Sports fishing isn’t like some professional sports where you can earn millions of dollars annually. It’s simply not as popular as those big sports such as golf, boxing, baseball, football (both American and non-American), or auto racing.

In sports fishing, you would probably need to focus on sponsorships and endorsements to earn a sizable income. Otherwise, you would needto have a primary job to earn money and do sports fishing as a hobby.

But if you are that involved in fishing that you would compete with other anglers just for the sake of it, then you may try yourself out at formal sports fishing competitions.

And if not, then do know that you could involve some sports elements in your fishing trips to make them more enjoyable and perhaps more productive!

What Size Hook For Bluegill?
What Size Hook is Best For Crappie?
What Is The Best Bait For Creek Fishing?
Do I Need A Saltwater Fishing License In Massachusetts?