If you are shopping for the best fifth wheel camper manufacturer, you’re looking in the right place.

There are many different manufacturers and models to choose from, but it shouldn’t be so hard to pick.

Instead, we’ve compiled a list of 10 great camper manufacturers that you need to check out! 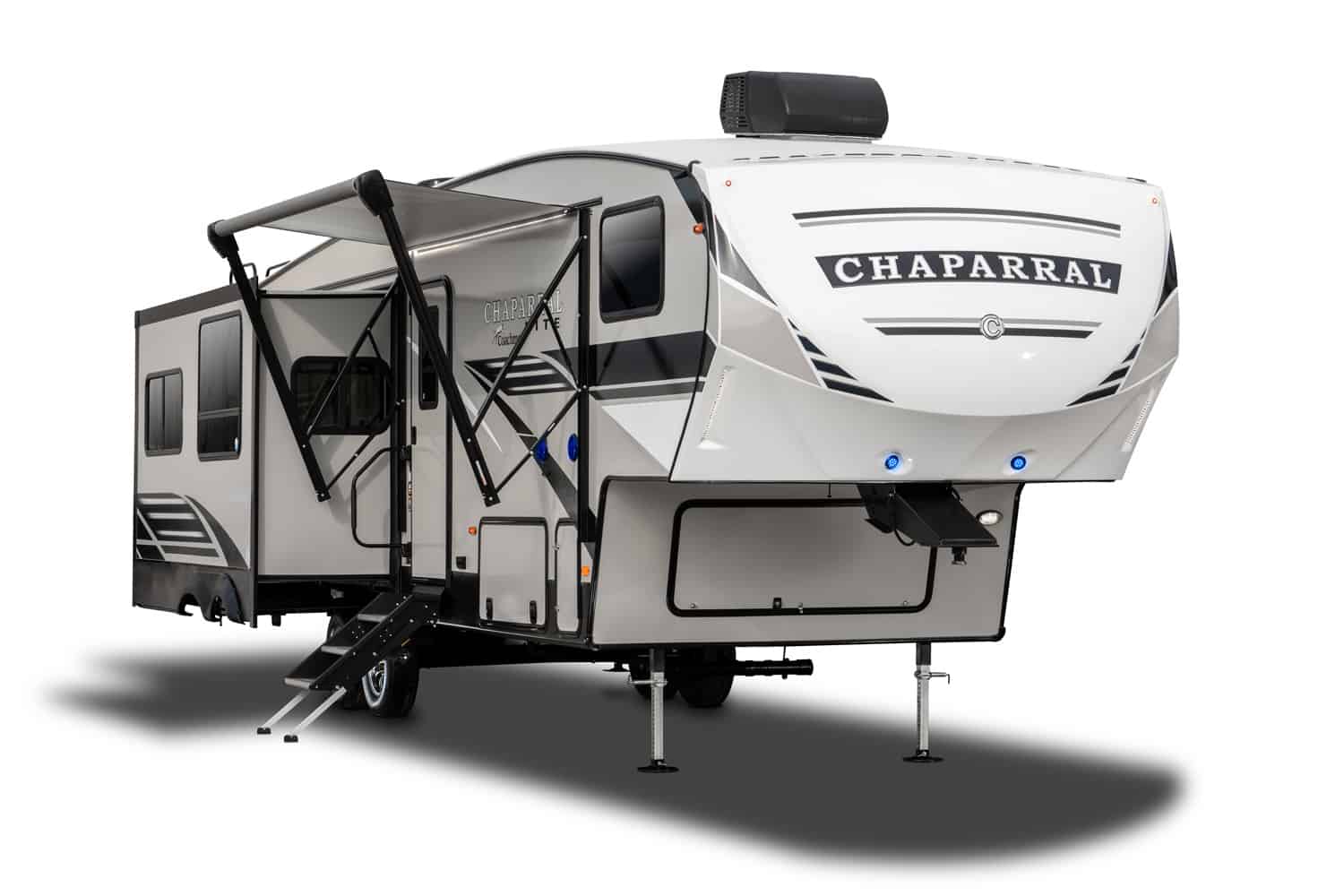 Coachmen RV is one of the oldest fifth-wheel camper manufacturers.

In 2008, the company was bought by Forest River. Nevertheless, it still maintains its original identity.

While its RVs have changed because of their association with Forest River, Coachmen’s campers and motorhomes still give them the same original style.

The Coachmen Chaparral Fifth-wheel camper has eleven different floor plans and is arguably this company’s best fifth-wheel camper. It is a stylish camper with multiple features and has a floorplan style that can sleep eleven people. Keystone RV was founded in 1996. However, a couple of years later, the company made hundreds of RV units and grew very rapidly.

Its growth and potential led to its acquisition by Thor Industries, which also owns several other RV brands.

The Keystone Montana, which starts from $25,000, is this company’s best fifth-wheel. This fifth wheel has a brilliant exterior and a well-made interior.

It can sleep five people, and it has multiple features, including a pass-through storage area, a 48-inch TV, a 22-inch oven, a porcelain toilet, and a quality mattress.

Forest River is one of the biggest U.S. manufacturers of recreational vehicles.

The company makes not only RVs but also buses, boats, utility trailers, and cargo trailers. The company was founded in 1996, and it has grown tremendously ever since. It is now part of Warren Buffet’s Berkshire Hathaway Inc. 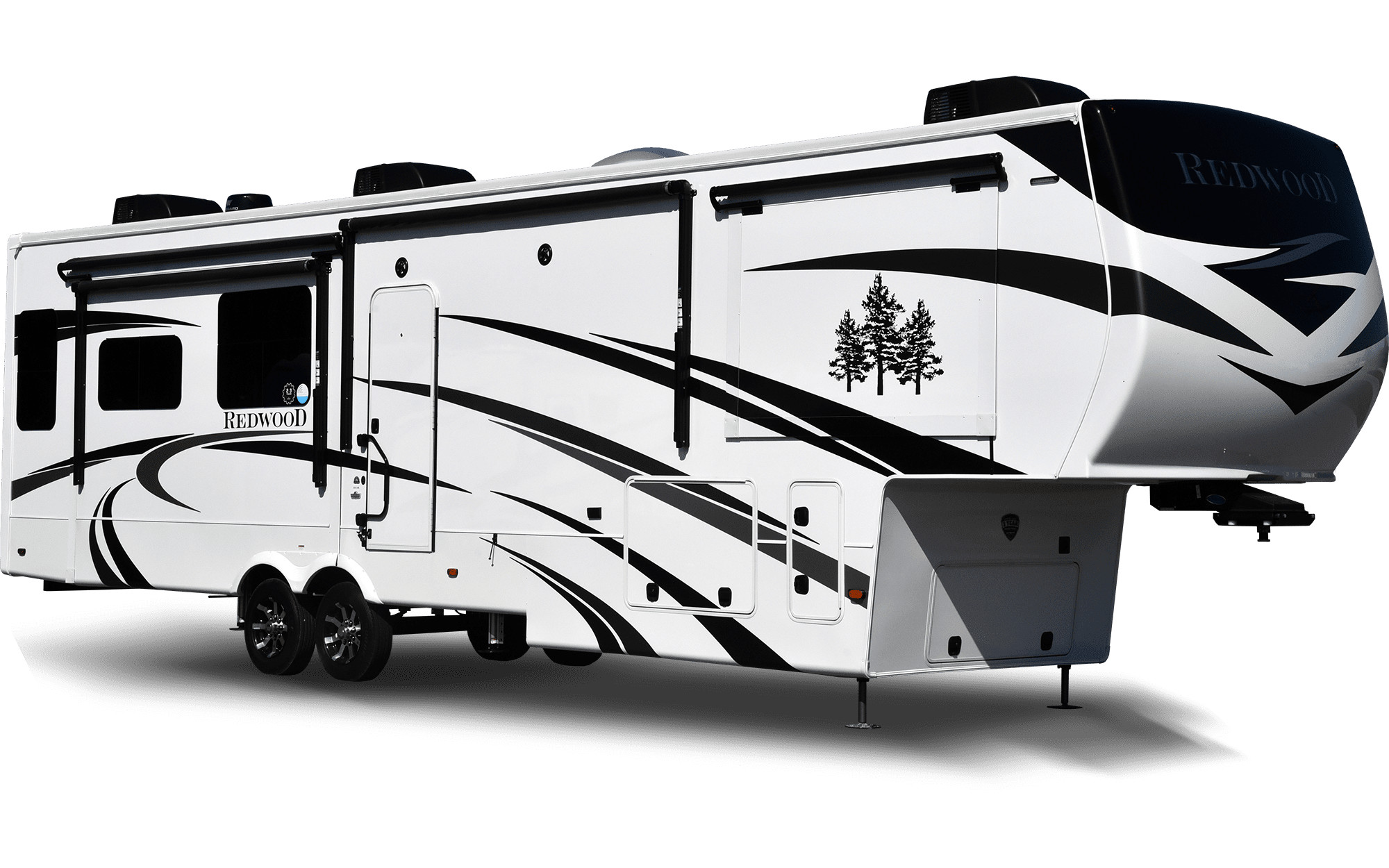 Redwood RV makes some of the most luxurious recreational vehicles in the world!

The thing that separates Redwood RVs from other RVs is luxury. Redwood RVs are several times more luxurious than other RVs.

Redwood RV only makes fifth-wheel campers that start from $35,000.

The best Redwood RV fifth-wheel camper is the classic Redwood line. It is available in 18 floorplan styles, and it is extremely high-quality.

Its features and amenities include an enclosed and heated underbelly, a furnace, LED lighting, an electric awning, multiple storage areas, a 3-burner stove, an enclosed shower, a standard toilet, a soundbar, oven, and a big bed.

However, these RVs are heavy and can only be towed by a powerful truck. 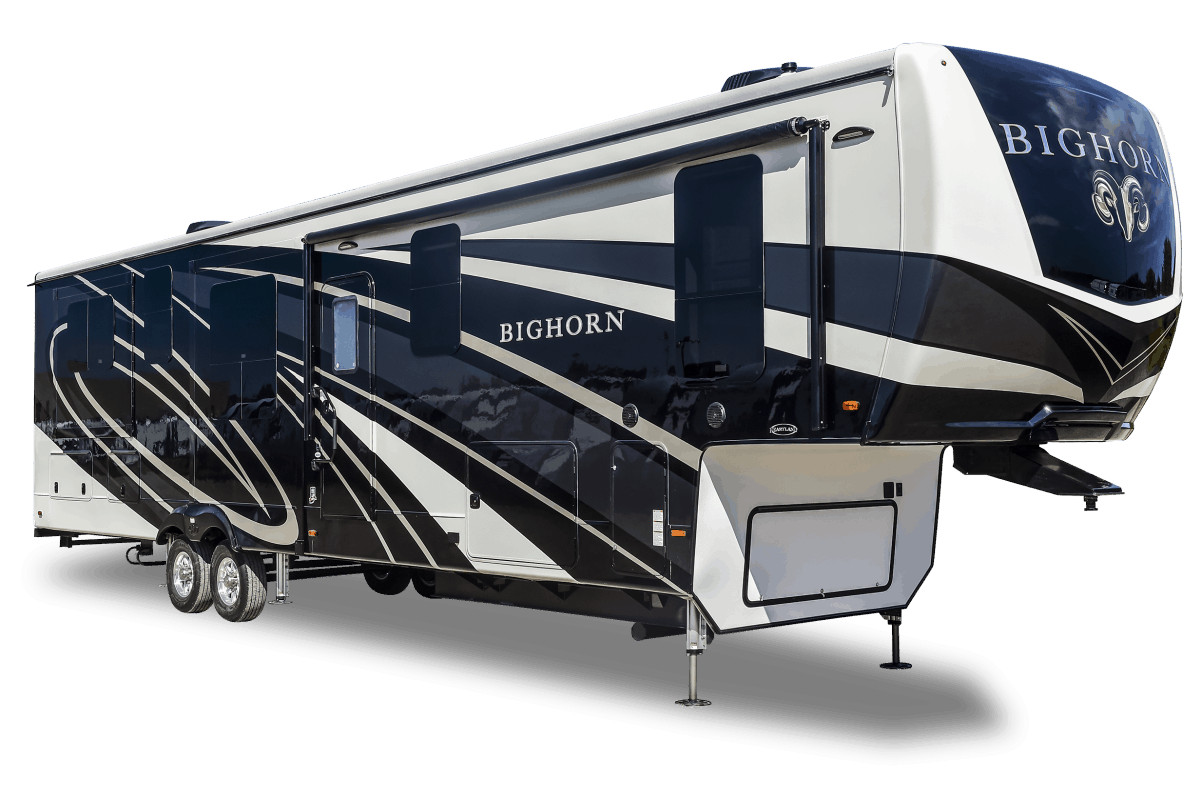 Heartland Recreational Vehicles is the third-largest manufacturer of fifth-wheel campers in the United States.

The company was started in 2003 by Brian Brady in Elkhart, Indiana, and has been making high-quality RVs since then.

Heartland RVs are renowned for their excellent quality, durability, and unique features and amenities.

The company has hundreds of employees and multiple facilities. Its manufacturing facilities are capable of making 20,000 RV units every year.

The best fifth-wheel camper by Heartland Recreational Vehicle is the Heartland Bighorn which starts from $60,000. It is available in multiple floorplan styles, and all the styles are big, comfortable, and luxurious.

They are encapsulated and have electric stabilizers, laminated slide-out sections, and brilliant LED light.

They also have comfy sofas, a big-screen TV, and a high-quality surround sound system. Winnebago Industries is one of the oldest and biggest manufacturers of recreational vehicles outside Indiana.

The company was founded in 1958, and it has been in operation since then. The best thing about Winnebago Industries is that it makes some of the best quality RVs in the United States.

The best fifth-wheel camper it makes is the Winnebago Micro Minnie. This lightweight camper weighs less than 6,000 pounds, meaning it can be towed by virtually any truck.

It is available in three versions, including one with a slide-out section and bunk beds. Dutchmen RV is a part of the Keystone RV Company.

Although it is now a subsidiary, the company still largely operates as an independent entity. It is best known for making some of the sleekest and most durable recreational vehicles.

The thing that stands out the most about Dutchmen RV is its 3-year warranty.

The best Dutchmen fifth-wheel camper is the Dutchmen Voltage Series which starts from $40,000.

By all standards, this camper is a luxurious camper! It is available in 21 floorplan styles, including styles that can sleep ten people.

It includes powerful axles and space to load toys such as dirt bikes and ATVs. Its features include stylish tinted windows, quartz countertops, solid wood cabinets, multiple storage areas, a big bed, a rotating TV, and a big refrigerator.

Gulf Stream Coach is one of America’s leading RV manufacturers.

Unlike the other large companies in the RV industry, it is a family-owned manufacturer. The company was founded in 1971 and has made campers and motorhomes.

The company owns 22 brands, has produced about 300,000 RVs, and is known for providing excellent support to owners.

The best Gulf Stream Coach is the Gulf Stream Sedona. It is available in three (under 8,000 lbs) floorplan styles.

You will feel as if you are at home when you step inside this camper because it is very spacious and has big seats. 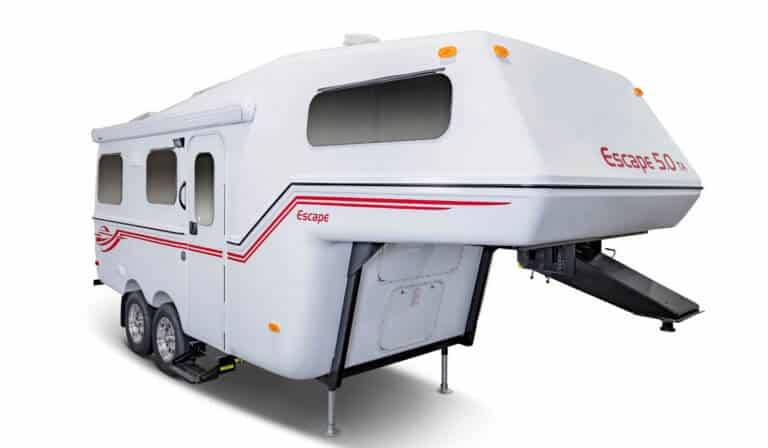 This company was founded in 1993 as a repair shop and then as a rental.

It was not until 2002 that the company started making its trailers as Escape Trailer Industries.

The company is renowned for allowing people to personalize their fifth wheels when buying them directly.

Probably the best fifth-wheel camper from Escape Trailer Industries is the Escape 5.0. This compact and aerodynamic trailer has a big comfortable bed, a big dinette, a big front kitchen, and a full bathroom, and can easily be towed by a mid-size truck.

It also has multiple storage areas and is known to be easy to pull. The company was founded in 2003 and had been making quality, comfortable, and extremely luxurious fifth-wheel campers ever since.

According to some RV critics, DRV Luxury Suites are some of the most family-friendly campers in the United States! The best campers from this manufacturer are the Mobile Suites Luxury Fifth-wheels.

They are extremely safe and have Goodyear tires, thick walls, and powerful suspensions.

Like the other campers I have mentioned in this post, they are available in multiple floorplan styles, including some with front kitchens, front bathrooms, or front bedrooms.

How Much Does A 5th Wheel Hitch Installation Cost?
5 Best Jayco Toy Haulers Available To Buy
Five Biggest 5th Wheels on the Market
7 Of The Best Small 5th Wheel Trailers