You are here: Home / Boating / Difference Between A Jet Ski and A Wave Runner? 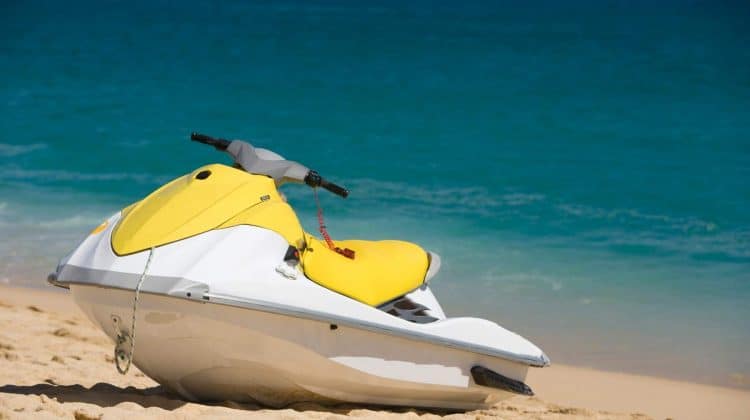 Do you enjoy riding a Jet Ski? Oh wait, I meant a Wave Runner. Were you also confused as to which term to use? A Jet Ski and a Wave Runner may seem very similar. This leads many of us to call a Wave Runner, a Jet Ski, and a Jet Ski a Wave Runner. However, these two popular machines are different from one another.

I will make it easier for you and let you know how to tell them apart. Read on to know the key differences between a Jet Ski and a Wave Runner. 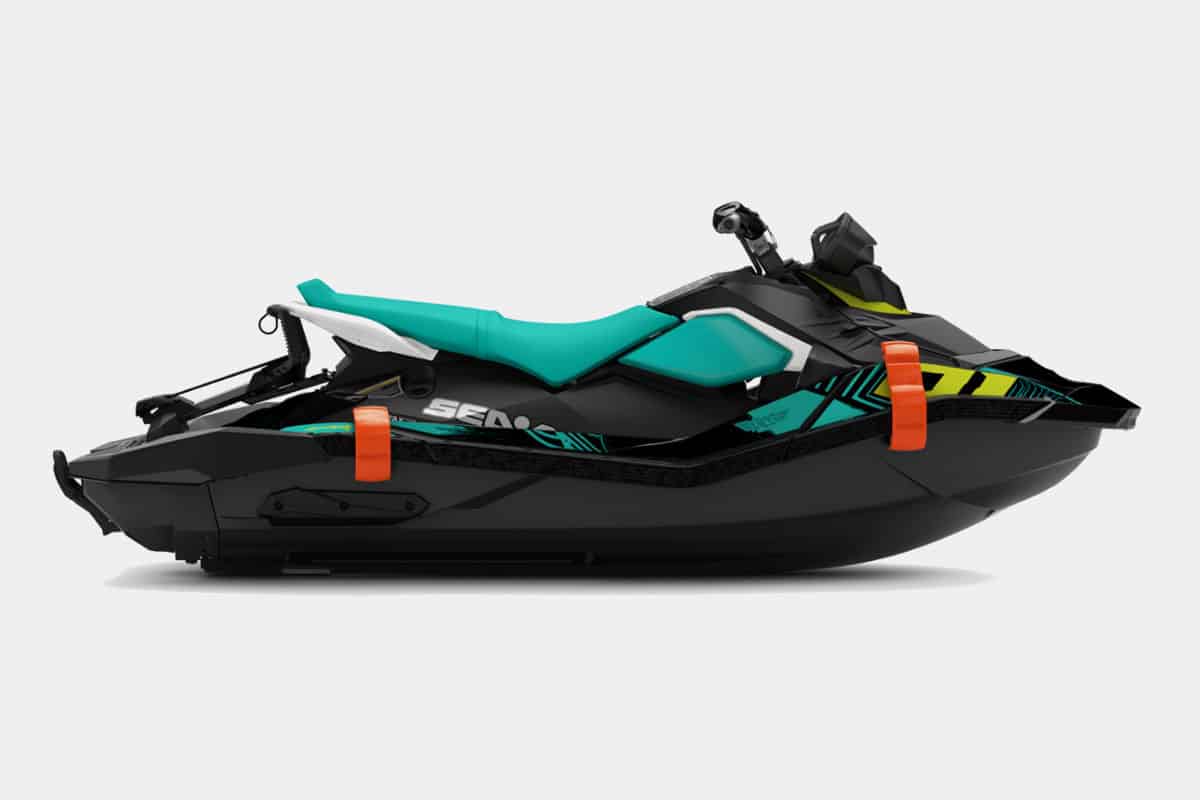 A Jet Ski and a Wave Runner are two personal watercraft models. These two names are often swapped with each other. They are, however, made by different manufacturers. A wave runner is a Yamaha product. While a Jet Ski is a Kawasaki product.

Yamaha and Kawasaki are both very famous and reliable brands. They make the best personal watercraft machines. So, both a Jet Ski and a Wave Runner can give you a fun, thrilling experience. You can pick either of these models, and they wouldn’t fail in speed. It, however, becomes easier to buy one when you know the key differences between these two popular products.

History of A Jet Ski 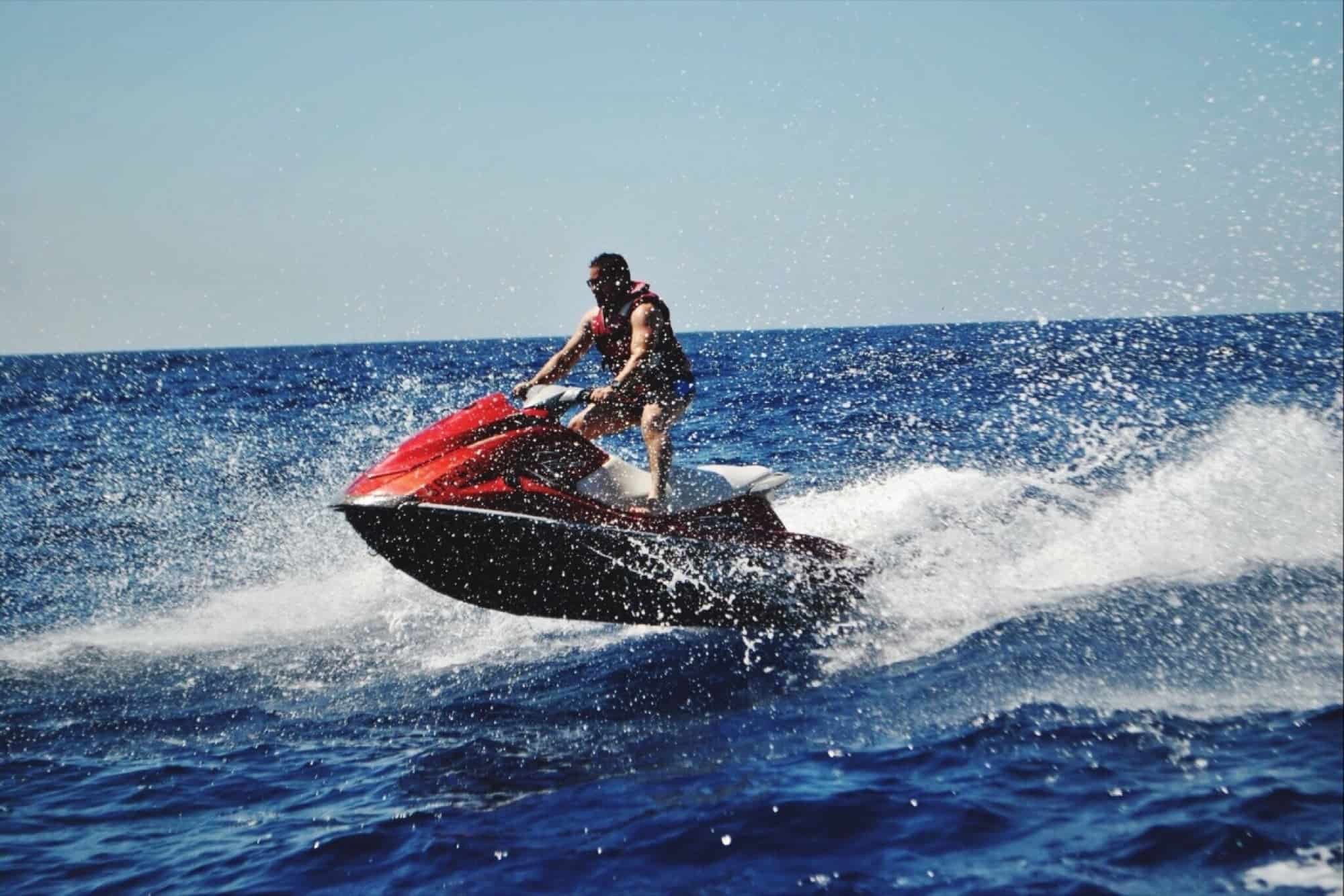 Kawasaki, a Japanese manufacturer, produces Jet Ski. This Heavy Industries company makes motorcycles as well as defense and other large machines. Jet Ski is a famous machine in its line of recreation products.

It may interest you to know that Jet Ski was almost named as Power Ski. It was in 1972 that the first model of Jet Ski, WSAA, was produced. It became the pioneer in commercial, personal watercraft in the USA. It has seen tremendous success ever since.

With great fame comes great responsibility. In this case, Jet Ski became so popular that it became synonymous with personal watercraft. People soon began calling all personal watercrafts a Jet Ski. The original Jet Ski, however, did not lose sales. It is still highly successful even today.

The late 1980s witnessed the new Jet Ski products with sit-down models. These models are now preferred more than the stand-up options. The Stand-up variants are generally utilized for racing and performing tricks.

History of A Wave Runner 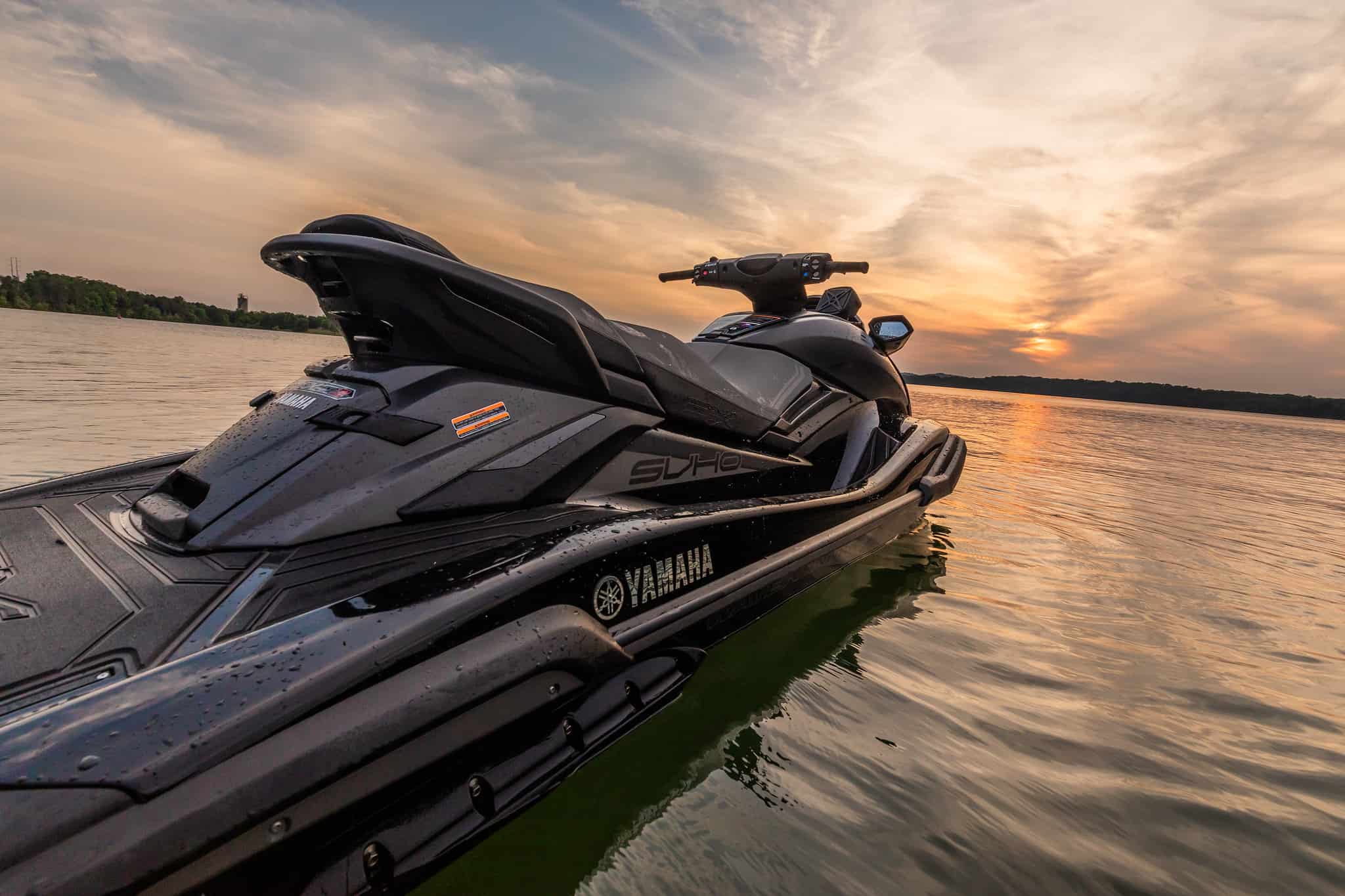 Both the Yamaha brand and its Wave Runner soon became popular names ever since the 1980s. They have seen huge success in the personal watercraft market. 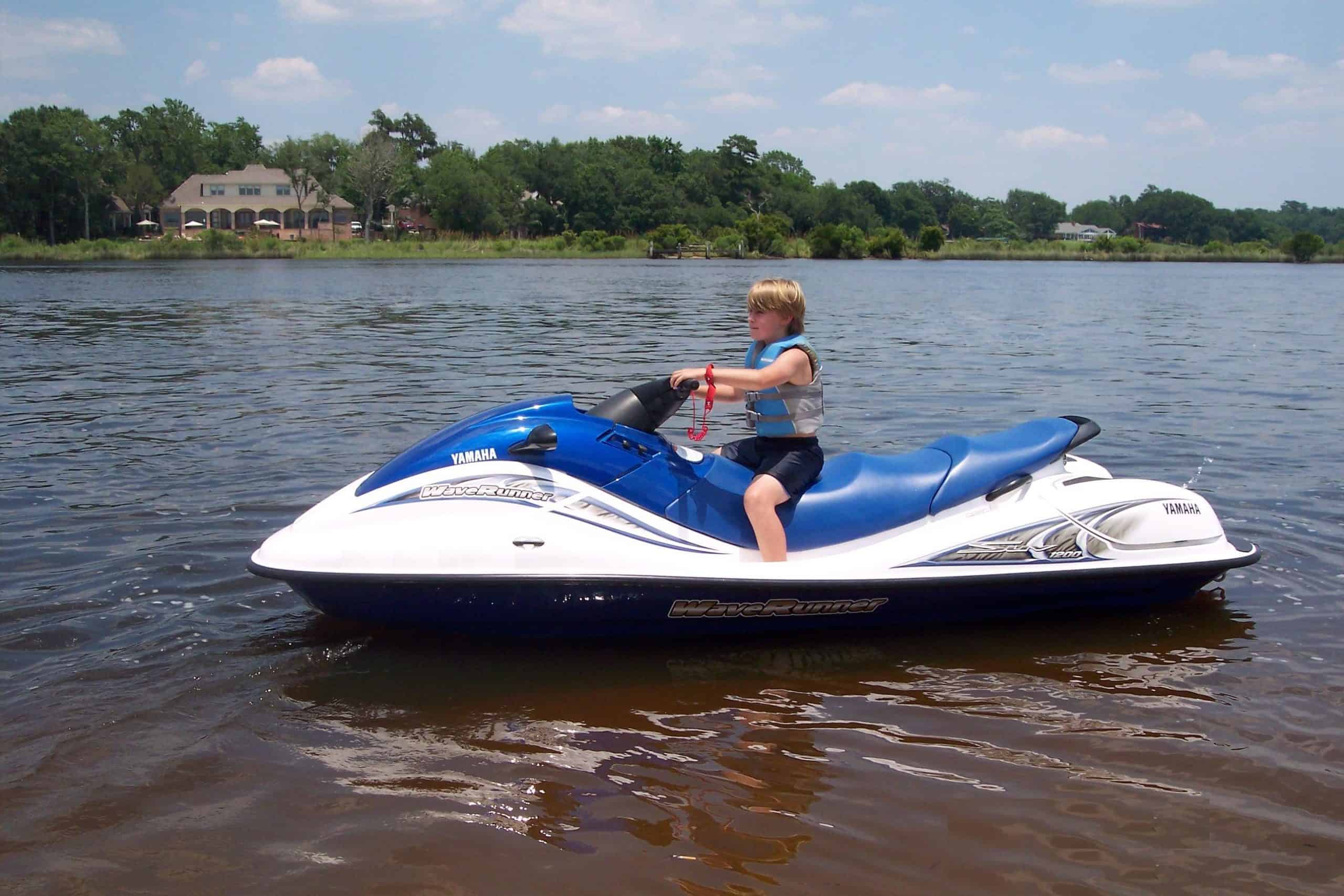 Personal watercraft are used for recreational activities. A rider could ride one either by sitting or by standing on it. It is also called a boatercycle or water scooter at times. Now that you know its common names, you could use them the next time you get confused between a Jet Ski or a Wave Runner.

It was in the 1950s that Personal Watercrafts were first produced. They were made in the United Kingdom and other European countries. They were not, however, widespread or even accessible till the 1970s. Today, according to the standards set by the US Coast Guard, a personal watercraft should be below 13 feet in length.

Many brands are now producing personal watercrafts. Besides, Kawasaki and Yamaha other manufacturers such as Sea-Doo and Honda have become some of the biggest producers. Despite new competition, the popularity of Yamaha’s Wave Runner and Kawasaki’s Jet Ski remains unrivaled. These two watercrafts enjoy the most success. They are the best personal watercrafts to purchase.

Which One Should You Choose: A Jet Ski or A Wave Runner?

You now know why a Jet Ski is different from a Wave Runner. Why does this matter? Apart from making it easier to tell the two apart, it helps when you are considering buying a watercraft. You could then choose the one which best matches your preference.

There are some factors to consider before you buy a personal watercraft. It begins by asking yourself what you intend to do with one. Do you want to race with them or perform tricks? You might want to choose a stand-up option for such activities. If you prefer to just enjoy a refreshing ride on the water, you could go for the sit-down option. This model allows you to take passengers along the ride.

If you have made the decision, it is now time to compare models of a Jet Ski and a Wave Runner. For this comparison, let’s take a Wave Runner VX and a Jet Ski STX-15F. Both these models come with an MSRP of $9,699.

Wave Runner VX is Yamaha’s popular product. The company is renowned for its dedication to safety. While most personal watercrafts don’t come with rudders, Yamaha’s Wave Runner VX does. These rudders are beneficial to steer well and smoothly. It assists in steering even when you do not move forward. This additional safety precaution of Wave Runner and other Yamaha products makes it a good option when you take children along the ride.

Jet Ski STX-15F, on the other hand, is renowned for its speed. If you are looking for an exhilarating experience with a faster ride, then Kawasaki’s Jet Ski STX-15F is the one for you.

You may have noticed by now that Yamaha’s Wave Runner VX and Kawasaki’s Jet Ski STX-15F are very similar. Along with the specifications, they come at almost similar prices as well. This can make it confusing to choose one of them for sure.

It is best to go for a test ride with both these models. Additionally, you could try riding other watercraft models that Kawasaki and Yamaha offer. This real riding experience will tell you which one best aligns with your preference.

Both Jet Ski and Wave Runner enjoy tremendous popularity among personal watercrafts. These two are so similar that they may often be used interchangeably. However, you know very well by now that they come from two different brands.

You could never go wrong with either Kawasaki’s Jet Ski or Yamaha’s Wave Runner. If you wish to buy a personal watercraft, these are the best and most reputable ones available in the market. You can choose the one which goes with all your preferences and comfort level the best. Both the models will unquestionably give you an exhilarating ride packed with fun and adventure!