You are here: Home / Skiing & Snowboarding / Best Time To Buy Skis To Get An Outstanding Deal 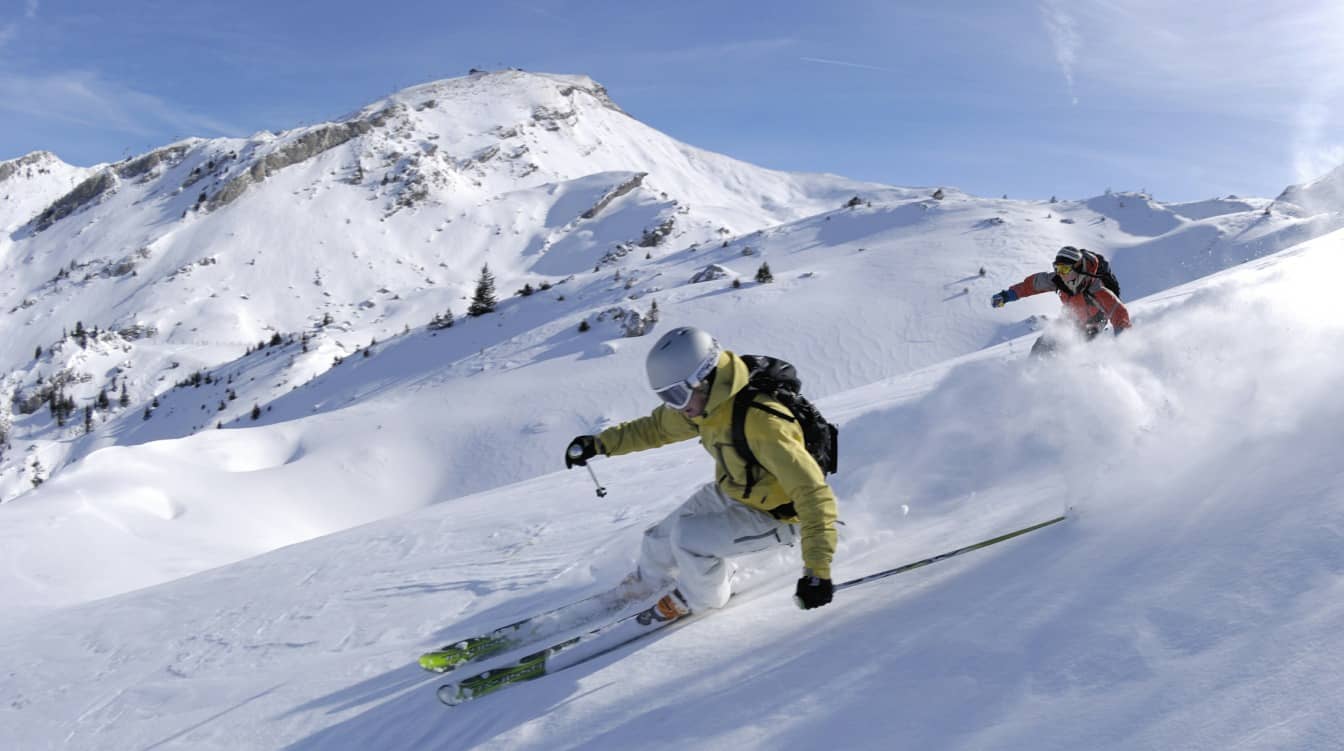 Best Time To Buy Skis To Get An Outstanding Deal

Ski gear can be quite an investment. But as anything seasonal, ski gear goes through quite considerable price changes throughout the year, which means that you could land pretty sweet deals if your timing is right.

Today, we would like to talk about the best time to buy skis specifically. The guidelines below will probably apply to any other kind of ski gear, so keep an eye out for the prices on other items as well.

The Best Time to Buy Skis

The reason for this is that retailers are interested in purging their inventories to free some space for equipment for the upcoming warmer seasons. Their warehouses are finite, after all, which is bad for them but good for the buyer.

You can find especially great deals on the President’s Day, with discounts on ski gear reaching 60%. After the weekend holiday, you may be able to find even greater deals.

Shopping for skis in the off-season

The end of the skiing season is an excellent time for purchasing ski gear, but the off-season may be even better. Pay a visit to a local skiing shop in April when the snow starts to melt – chances are that you will come across some great deals on ski gear.

You may also check out ski gear during Labor Day sales during the first weekend of September. This is the time when some retailers free up last’s years inventory to prepare their warehouses for new skiing equipment. You may be able to get some of the best deals around this time.

And generally, the more time it has passed since the skiing season, the better the deals are likely to get.

Here, you may wonder why even buy skis in February or the spring if you can wait till summer and get a great deal. Well the thing here is that the remaining inventory will be much more limited than at the end or during the skiing season.

What does this mean to you? It means that you need to be ready to make compromises.

Being flexible is important when shopping for skiing gear. Of course, anyone would want to buy the desired ski model for the cheapest price, which is most likely during the summer.

However, at the end of the skiing season and during the off-season, the retailers won’t be too eager to replenish their inventory. Moreover, it’s safe to say that they won’t do it until shortly before the new season.

And as the retailers clear out the excess inventory, there will be fewer and fewer ski models to choose from. Colors, sizes, the model selection – everything won’t be as during the skiing season. The prices will sure get lower and lower as the inventory gets cleared, but the selection will suffer as well.

Being flexible means that you need to be aware of the behind-the-scenes processes and be able to adapt to them. Particularly, don’t chase after the lowest price on the desired pair of skis – if you wait for too long, someone else may buy them. And if it was the last pair of the skis that interested you, they won’t come back until the next season.

As the season starts to end, the deals would already be good – you would be already saving money than if you bought during the season. You can sure save a lot of money by waiting, but don’t overdo it. You may be unable to find the desired skis during the off-season, and the more specific your needs are the sooner you should buy skis.

The Worst Time to Buy Skis

Now, we know what the best time to buy skis is, but what’s the time when you should not buy skis? Every year has two periods where you want to avoid buying skiing gear.

Right before and during the season

Right before the season and during the early months – that is, the autumn and winter – shops are full of new gear that the retailers aren’t in a hurry to sell. With a few months in front to sell the skiing gear, the retailers won’t be very price-competitive.

With that being said, you can buy skis for a good price during autumn or winter by opting for skis from the past year’s stock. But this will only work if the retailer hasn’t run out of that old stock, so you may need to shop around to find past years’ skis.

The run-up to Christmas

Absolutely don’t shop during the holiday season. Skis may seem like an excellent gift for your loved ones, but shopping holidays like Black Friday may not provide you with as advantageous deals as you might be thinking.

The demand will be high, and so will be the prices. And you will be still in the early months of the season where the prices for skiing gear are the highest. You may save a few bucks, but the benefits probably won’t be as noticeable as at the end of the season and during the warm seasons.

Tips on Finding the Best Deal

Given all of the above, let’s try to understand how you would get the best deal. The tips below can be useful throughout the year, so keep your eyes open to try and get the best offer you can.

The first and perhaps the most useful tip to follow is to keep an eye out for ski prices. If you know how things are out on the market, you will know when the deal is indeed good and when the retailers are trying to sell something for a high price wrapped as a deal.

One little secret of the ski industry is that manufacturers’ year-to-year improvements are merely marginal, and you won’t miss out on too much by buying skis from past years. If you can find a retailer with a stock of 2-3 years old skis, then you could get them at 50-80% without losing any of the major features that the new models have.

It would be helpful to know the market really well though – you don’t want to miss out on crucial improvements and fixes in skis. But again, the improvements are mostly marginal, and you won’t be missing too much by buying from a few years old stock.

It might be tempting to buy used skis, and you may be able to land a great deal by doing so, but we think that it isn’t the best practice. Skis can get pretty beaten up during use, and you can’t really know what some pair of skis has gone through. It’s always safer to buy brand-new skis, even if they are from the past years’ stock.

Right before and during the skiing season, you may be very tempted to buy skis because you just can’t want to go out and make the adrenaline flow through your body. But even if waiting means that you will need to stay without your own skis for the season, maybe that’s what you should do.

A good option is to rent skis, but the not so good thing about this is that rented skis have likely been extensively used, so they won’t be ideal in terms of safety and reliability. Still, renting is quite a budget-efficient option.

But after the season is over, you may go and finally buy your own skis for good money. Don’t rush anything, wait until the end of the season or for the months immediately after it, and you should be golden.

Don’t wait for too long

You shouldn’t rush things, but nor should you wait for too long. We’ve explained why above – the more time has elapsed since the end of the season, the emptier ski gear stores are likely to be. As a result, the ski selection will suffer, and you may be unable to find the right skis for your taste.

Any deal past the skiing season is likely to be way better than what you would’ve gotten during the season. So as soon as you see a number that’s good enough for you, don’t wait for too long and go buy those skis. Waiting longer may bring better deals, but it may also bring disappointment if it turns out that local retailers have gone out of stock. 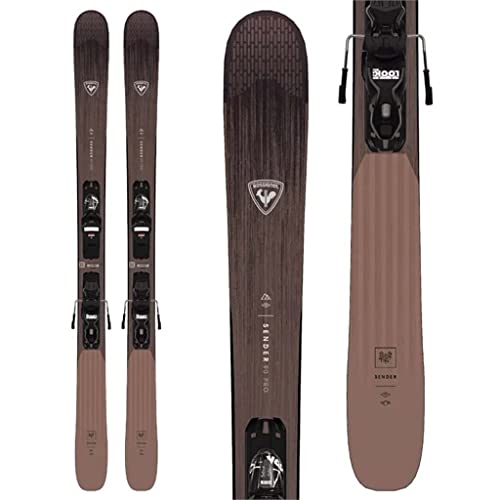 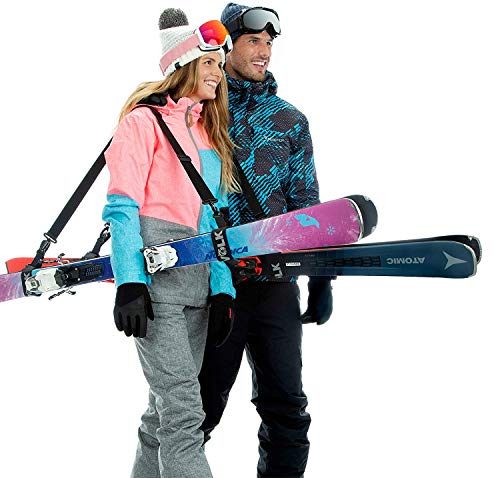 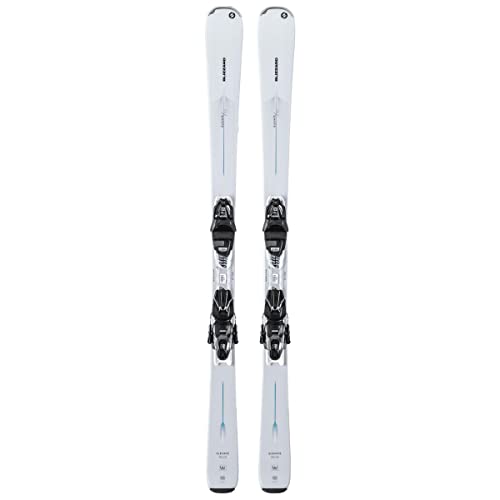 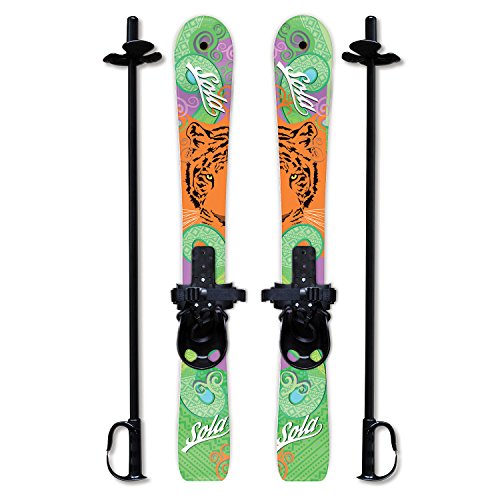 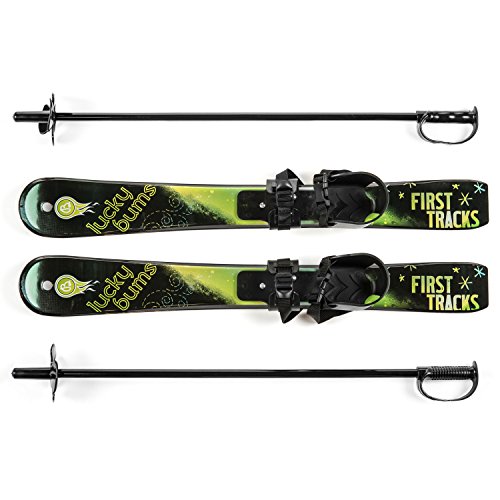 In the end, it’s all about balance. You have to be extremely lucky, or you need to know absolutely everything about the ski gear market to land a perfect deal at a perfect time.

Don’t rely on luck. And since you probably won’t know everything about the ski stock at any given time, we suggest that you don’t take any chances and buy the desired skis when the price seems good enough for your pocket.

Back to top of page
Home

What To Wear If You Don't Have Snow Pants When Sledding?
The 5 Best Skiing Resorts in California
The 12 Best Snowboard Brands of 2023
Why Skiing In Jeans Is A Bad Idea