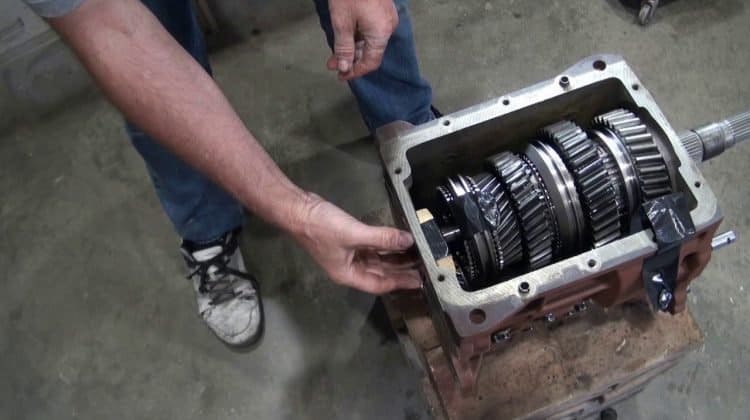 NV stands for New Venture Gear. In essence, it is a Magna Powertrain division that was a partnership between New Process Gear and GM Hydramatic. Today, this division is no longer in existence.

The identification of these truck transmissions may be tough. This is due to no relevant markings for decoding models or ID tags in many cases. This is why you need to go through the construction and take measurements.

Now, how do you know if your transmission is from New Venture Gear? The answer is that they only produced 5 and 6 speeds. Thus, if it’s a four-speed, it’s definitely not a New Venture Gear.

Keep scrolling as we tell you the real story of NV3500 vs. NV4500. Here, we’ll let you know all the information about both so that you may recognize each with confidence!

Scroll down to learn more about the NV3500 and NV4500. And, how are they different in characteristics.

The use of helical-type, constant-mesh gears reduced the noise. A slight offset between two shift gates and a reverse synchronizer prevented the shift from reversing during the forward movement. This uses a nine-degree cone angle and can clash if there’s an attempt of a shift to reverse about 5 m/h.

Constant-mesh transmissions used three different selectable snap rings that end-play clearances and adjusted gear. All the gears constantly mesh with each other in these transmissions, but none transmitted torque until the engagement of the synchronizer.

The clutch assembly consists of a mechanical clutch system and hydraulic actuation system.

The shift lever extension of the Dodge Ram had a square bore snapping over the transmission shift lever while pressing.

The NV4500 is an important highlight of the venture. It features a granny low first gear with a fifth gear overdrive.

In essence, the NV4500 is a constant mesh heavy-duty, helical geared five-speed transmission. Synchronization is ensured in all forward gears. However, a synchronized reverse was offered by the initial Dodge version.

The shifter top cover has the NV4500 transmission attached to it. The tag shows the build date and transmission model number. The details on the tag are important to order the right replacement parts.

The NV4500 transmission is still among the most versatile and popular transmissions for converting into your 2 or 4 Wheel Drive. This venture offered complete transmissions, rebuild parts, and a full line of engine adapters for the NV4500.

The transmission case is casted iron with an aluminum top cover that featured dual PTO ports and measured 12.375 inch.

Dodge 4wd NV4500 transmission has maintained the same gear ratio and bolt pattern throughout production. However, variations occur between gas versus diesel models.

NV 3500 has a two-piece aluminum case with a top-mounted tower shifter and integrated bell housing. It is a light-duty, five-speed manual transmission.

The NV3500 has a two-piece case that must be “split” in order to perform repairs on the internal components and does not have any other access point to the inside of the transmission. The front section of the transmission case contains an integrated bell housing. At approximately 110 lbs, the NV3500 is relatively lightweight.

A more robust version of the transmission, the NV3500-HD, was used exclusively in the Dodge Dakota midsize pickup from 1994 to 2004 model years; it features a slightly higher input torque rating.

On the other hand, NV4500 is a versatile five-speed manual conversion and upgrade transmission in SUVs and light trucks from Dodge, General Motors, Jeep, Ford, and Toyota. Commercially produced adapters are available for mating the transmission with different engines.

There were a lot of amendments during the production of the transmission. However, the following are the two main variations:

Indeed, it is a simple topic to get lost in. However, there is a lot of conflicting information available without the back up of evidence. We hope this article has left you feeling more enlightened than confused.

What Kind Of Atv Should I Get?
Does An Atv Need To Be Registered?
What Atv Stands For?
How Much Is A Atv Battery?