You are here: Home / Boating / How Much To Rent A Houseboat On Lake Powell? 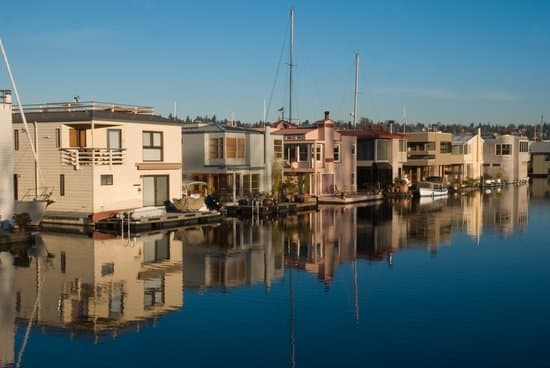 How Much To Rent A Houseboat On Lake Powell? Expect to pay as little as $1,400 for 5 days in the offseason and as much as $8,850 for 5 days during the peak season.  This price difference is dependant on the season and size of the rental.

Lake Powell is a man-made reservoir on the Colorado River in the United States, found in the states of Utah and Arizona. After Lake Mead, it is the second largest reservoir in the United States in terms of full water volume. It was created by the Glen Canyon Dam’s flooding of Glen Canyon. The reservoir is named after one-armed American Civil War veteran John Wesley Powell, who explored the river in three wooden boats in 1869. It is mostly found in southern Utah’s Garfield, Kane, and San Juan counties, with a small portion in northern Arizona’s Coconino County. The lake’s northern boundary reaches at least as far as the Hite Crossing Bridge.

Glen Canyon Dam was constructed to meet the terms of the Lower Basin states’ “Compact Calls.” The dam is 710 feet (216 meters) tall, with the water’s surface level at full pool being about 3700 feet (1100 m) The dam cost $155 million to construct, and 18 people died in the process. The Colorado River started to back up after the Glen Canyon Dam was completed on September 13, 1963, and the river was no longer redirected through the tunnels. Lake Powell was created by the newly flooded Glen Canyon.

Over the course of 5 million years, differential erosion from the Colorado River carved Glen Canyon. The Colorado Plateau, which the canyon cuts through, formed 11 million years ago. Cataract Canyon and San Juan Canyon include Pennsylvanian and Permian formations. This transition point between sandstone and Navajo Sandstone is home to Rainbow Bridge, one of the world’s largest natural bridges. The San Juan River’s slower flow has created goosenecks, where 5 miles (8.0 km) of river are contained along a straight line of 1 mile (1.6 km). The main body of the lake extends up Glen Canyon, but it has also filled several (over 90) side canyons.

The southwest portion of Lake Powell is mainly in Arizona, just north of Page. Backwater can extend upstream into Cataract Canyon for up to 30 miles (48 kilometers). One of the most significant navigational channels in the lake is Castle Rock Cut. Every year, more than two million people visit Glen Canyon National Recreation Area. Boating, fishing, waterskiing, jet skiing, and hiking are some of the recreational activities available. The majority of marinas on the lake lack Automatic Identification System (AIS) monitoring stations that send boat locations to AIS websites for the boating community. Visitors have no limits on where they can stay.

In the 1980s, zebra and quagga mussels first appeared in the United States. Zebra mussels were found in several reservoirs along the Colorado River system in January 2008. The mussels have been known to clog pipes, including those in hydroelectric power systems, making them a costly and time-consuming problem for Western water managers. Control measures have recently been implemented to address the hydroelectric and ecological issues that Western infestation has caused. The majority of native species in the Colorado River Basin are undergoing some kind of restoration. Any of these fish species are included on the Endangered Species List in the United States.

Beginning in June 2009, each watercraft entering Lake Powell was required to undergo a mandatory boat inspection. Lake Powell was proclaimed mussel-free in August 2010. In June 2013, the National Park Service attempted to locate and eradicate mussels using a diver-based eradication program.

How much does a Lake Powell houseboat rental cost? Lake Powell houseboat rental will cost. There are different models of boats that hold different capacities of people and the prices dramatically change during peak season. During peak season you can expect to pay as little as $2k – $15k for the luxury boats, our boat was $7500 and can sleep up to 12 people.

What to rent on Lake Powell? You might choose to go larger, and a little more upmarket, by renting a luxury houseboat on Lake Powell. These impressive 75-footers feature most of the amenities of home, along with the option to add fun extras like hot tubs and personal watercraft to your rental.

Can you live on a houseboat on Lake Mead?

With no private lands in the Lake Mead National Recreation Area for building houses or cabins, locals shack up in the next best thing: houseboats. There’s a stretch of slips at Lake Mead Marina you could call Houseboat Alley.

How much is it to rent a houseboat on Lake Mead?

How much do houseboats cost to rent?

How much is it to rent a houseboat at Lake Mead?

Where is the best place to live on a houseboat?

Can you rent a houseboat on Lake Mead?

Presented below are the houseboats available for rent at Lake Mead. Click on any houseboat for complete information. You can also call us toll-free at 888-454-8825 or select Request Info to submit a request for assistance.

Can you live on a houseboat on Lake Powell?

Can you live full time, year-round, in a houseboat on Lake Powell? … If you’re willing to pay for fuel, you can also wander around the lake, as long as you don’t stay in one spot longer than two weeks. But they shut off water and public restrooms at the marinas/docks during the winter.

Can you boat on Lake Mead?

Hit the Water Boating on Lake Mead and Lake Mohave is one of the more popular activities here. With more than 290 square miles of waterway to navigate, boaters can enjoy the thrill of open water or relax in a private cove.

Do you pay council tax on a boat?

How much does it cost to rent a houseboat on Lake Powell?

What Is The The Helm of a Boat?
How Long Do Houseboats Last?
Are Pontoon Boats Good For Fishing?
Are all pontoons the same width?